My 10 tips for How to Become a Voice Actor 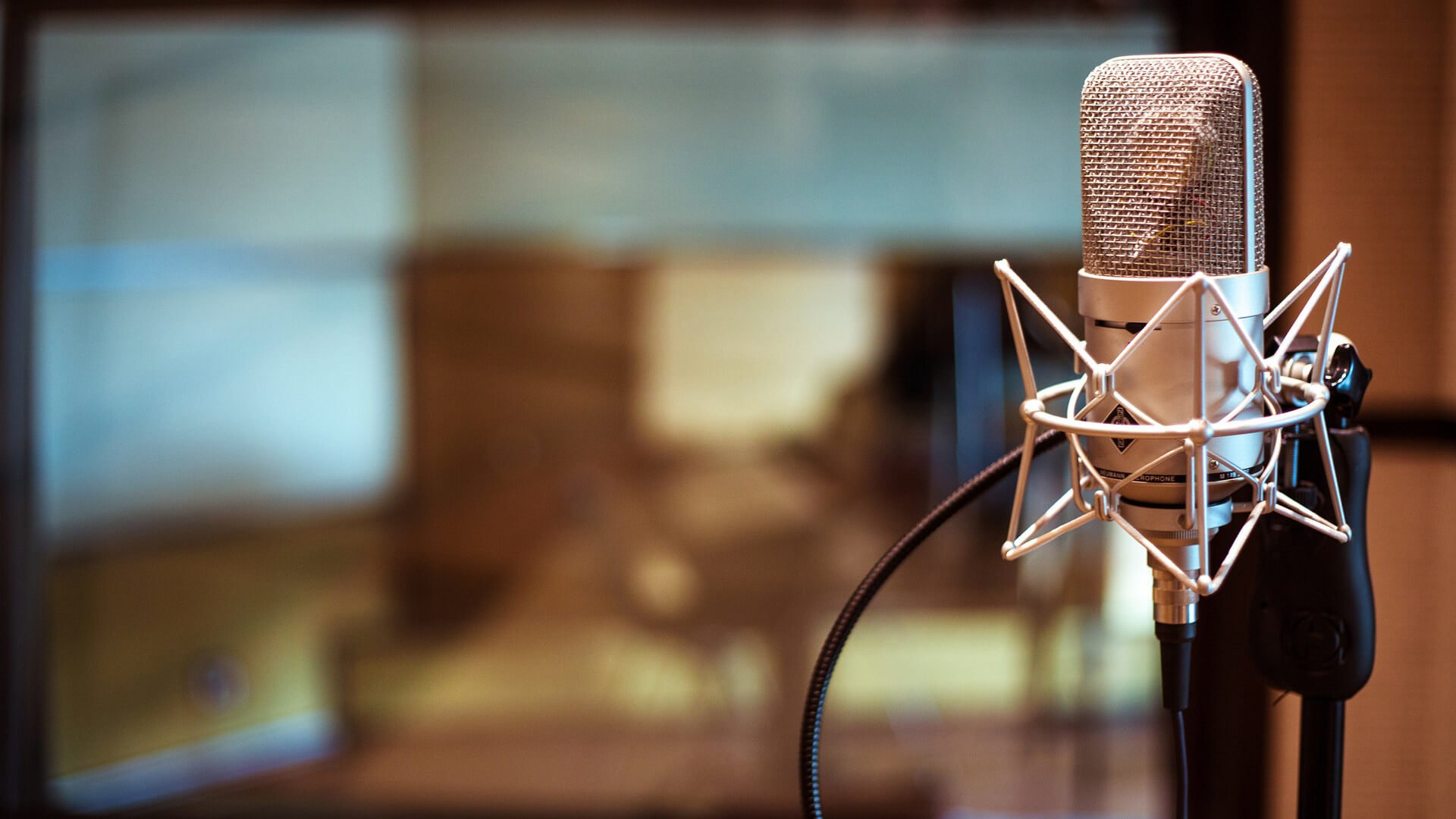 Many people have asked me simply, “How can I become a voice actor?” and there is no simple switch to make it happen. However, there are key tips and tricks that can help you be more successful in your endeavors. If this sounds familiar, it’s because I offer an extended video version on how to become a voice actor in my free 10 Tips Video on our website.

As a voice actor and a teacher I understand there’s different kinds of learners, so below is a simplified, visual reference of these nuggets of wisdom (that I sometimes learned the hard way!).

How To Become A Voice Actor? – Love It!

When deciding why and how to become a voice actor, it is so important that you choose it for the love of it! Acting can mean hard work with long hours, ambiguous character information and direction, lots of creation and often little-to-no money involved. I literally read my first role for free food! If your primary goal is fame or fortune, you’re likely gonna suffer a happiness famine. But if you love what you do and are practicing your craft every day, the creation of art should be a joy.

How To Become a Voice Actor? – Take a Risk!

Sometimes it’s scary and risky to create something new. So, here’s a risk that you can take right now: Pick up a piece of reading material. Whatever you happen to have laying around. Create a voice out of it, whether it’s a newspaper, instructions for building a cabinet… It doesn’t really matter what it is. Just read it out loud, create a character, and try to put yourself into that character. That’s probably the hardest thing to do in voiceover really: finding your voice.

Once you’ve got that character – record it! Take out your phone or whatever recording device you have and record it; listen to what it sounds like. A lot of people don’t like the sound of their own voice; it’s a thing to get past. But again, that’s another risk!

Be willing to listen to your own voice so that you can change it up and do different things with it. You have to become comfortable with the sound of your own voice. Don’t put so much pressure on yourself for it to sound good or any particular way.

How To Become a Voice Actor? Know That Failure is Success!

So, you took a risk and it didn’t turn out as you wished. Don’t judge! You succeeded in learning what doesn’t work! It’s important is that you learn from your failure and use it to grow. I talk about this a lot cause it’s one of the most common challenges people face every day. Whether it’s your internal voice or from someone else, listening to judgement can be crippling. Learn to silence those voices and embrace your failure. Failure is success!

How To Become a Voice Actor? Be Willing To Look Stupid!

Good acting is emoting enough to make your audience feel something. Remember that in the recording booth facial and body expressions won’t be seen – so the sound matters! Sometimes you’ll have really animated or interesting sounding characters that require different physical contortions to get effective sounds. Sometimes it’s necessary to look stupid to get those sounds out. Do it! Go back to those times when you played in your childhood. Those times when you didn’t care if you were getting dirty or looking stupid. You were there to have fun – and this is not that different. Relax your brain and have good, creative fun! Who cares what you look like.

How To Become a Voice Actor? – Listen!

It’s natural to have preconceived notions, especially if you’ve been given character information in advance. Just remember that in many cases the creators in the room have been living with the project much longer than you have, sometimes years longer. Be sure to listen to the directors, and the other characters around you. If you don’t listen you could easily miss a critical element of where your character is supposed to be in the grand vision of all those people who’ve been working on it for so long. If there’s something you don’t understand, don’t be afraid to ask clarifying questions.

How To Become a Voice Actor? – Training!

Training is essential. Never stop learning and training in various aspects of your craft. You never know what gems you’ll pick up and can add to your toolbox. For instance: one of the big mistakes that a lot of new actors or on-camera actors make when they go in to do voiceover for the first time is mic technique. They don’t know how to stay present on the mic and still create the character so one of the things that I use is what I call standing a “Welker” away from the microphone (named after the great Frank Welker, probably my favorite voice actor in the world). He takes his hand and makes sort of like the “hang loose” sign with his thumb up to his lip the other finger to the microphone – and that’s how far away from the mic you should be to start. It’s a really great baseline of where you need to place your face in front of microphone to get the optimum sound.

Beyond mic technique is of course the hardest part – the acting part. Weirdly enough, Acting is the most often overlooked part when trying to become a voice actor! People think “okay, I can make a bunch of funny voices, I can do a few impressions, I’ve got 10 different voices that I can do, a high voice, a low voice, and I can have a creature-type voice,” but if you don’t know how to act underneath all of that, you can’t build or sustain a character. If you don’t have the acting chops beneath that, you’re just making a bunch of noises into a microphone.

There’s so many places to look for “training”, books, classes, webinars and websites. If you’re in my Private Facebook Community at www.bvsfb.com we have a master resource list of everything I personally recommend. You can never have enough training, and you should always, always be learning.

How To Become A Voice Actor? Get The Right Equipment!

Current technology today is great. If you’re just starting out as a voice actor you don’t need to spend a lot of money. Chances are your phone already has a recorder in it. You can improve your sound with a simple pillow fort and a comforter over your head!

When you get to the level of auditioning, you just need a good USB microphone. There are a few good ones for about 200 bucks that plug right into your phone, tablet/iPad, or laptop. Much later on, once you’ve got your training, and you’re auditioning all the time, and you’ve got you’re agent, and you really need to get better sound, THEN you can start investing in a real studio and start putting auralex foam on the walls. Again, that master resource list in the www.bvsfb.com facebook community has all the stuff I recommend and have used msyelf!

How To Become a Voice Actor? – The Demo Reel!

This is your calling card, your first impression that casting directors have of who you are, what you’re capable of, and what your skillset is. You want to be extremely sure that you are ready for a demo reel. One of the biggest mistakes that beginning voice actors make is either an unprofessional reel that their friends helped them put together, or they spend a lot of money to get a great reel that sounds and looks amazing, but it has short snippets of voices that are not sustainable in 4-8 hour sessions on a daily basis. If it’s an unprofessional reel or if it’s really professional and you’re not trained properly, either way you are misrepresenting yourself and it could be your first and last impression that a casting director ever sees of you. They remember this stuff. If you’re in my classes then take a look at Class #28 with Chuck Duran. It’s an absolute treasure trove of insight into the demo process – including the what to do’s and what NOT to do’s, from a man I consider to be one of the BEST Demo producers in the World.

How To Become a Voice Actor? – Market Yourself!

Selling yourself is something you must come to terms with in this business. You’re going to have to do it at some point, though like the demo reel, you don’t want to do it before you’re ready. Make sure you have everything in place, including the performances you’ve done. Remember that marketing takes a lot of forms with the current biggest form being social media. The reality is that some studios even hire people based on how many followers and media platforms they have (I hate it too, but it’s part of the business!).

Marketing is always evolving too. My current self promotion example: I just started building unique content just for TikTok. You can view it and follow me @blumspew! Tik Tok! Who Knew?!!

Blumvox Studios was created with the intention of teaching you. Over the years people have asked me tons of questions specifically about how to become a voice actor and what it takes, which is why we built Blumvox Studios and started the Live Teaching Series. Students can participate in monthly live classes with special guests from the industry. Students also have access to all archived courses from the past (currently over 100 hours of content).

The series is designed to give you all the tools, techniques, and information you need on your journey towards a career in voiceover. There’s also an Intro Offer of 50% for the first month, so you can try it out and watch all the archived videos. While I can’t guarantee you’ll get work, I can give you a much better chance in this business if you apply what you’ve learned, and practice, practice, practice.

So, if you’re ready to go deeper into learning How to Become a Voice Actor, head on over to blumvoxstudios.com/welcome-offer and let’s do this together.