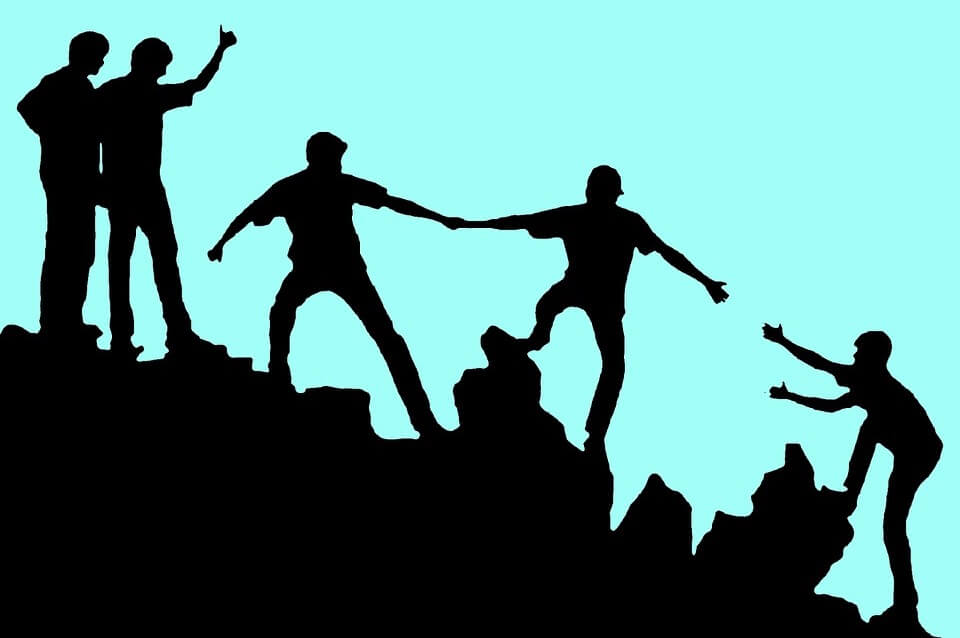 Competition is what makes the world go round. It’s what gives birth to better. Without the contrast between “winning” and “losing” in life (whatever that looks like for each of us), we would never evolve!

When Competition is Healthy

Competition when it’s healthy is welcoming. That’s because it knows that in the long run a high tide raises ALL boats. If we ALL strive to be better than we were, we’ll ALL end up better in the long run.

Healthy competition doesn’t take itself too seriously because it knows that losing isn’t really loss – it’s an opportunity to learn! When we have skin in the game we’ll at least grow from the experience, whether we succeed or “fail” (aka win or lose). “Failing” is just finding out the ways something doesn’t work. IF we apply those lessons and discoveries, next time we can come back better. Not better than OTHERS, better than WE were.

Sport is a wonderful way for us to experience this, cause it’s “safe”. There’s a reason humans have played Sport for thousands of years. It lets us experience “losing” and “winning” and neither are tied to our survival! The more sport you play (as a kid OR an adult) the more you get to experience yourself losing, winning, and growing through it all. Competition is less scary in this context, and you get to experience the better version of you – usually as a result OF the prior losses.

Like everything, there’s a dark side to “competition”, and it’s worth noting that UN-healthy competition is common, especially in western cultures where there’s an emphasis on autonomy rather than collectivism. When we think it’s “us” and “them”, rather than “us together”, we can tend to see others as the reason WE don’t have what we want, and to externalize and project.

We don’t like to talk about the less-than-positive attributes of being human. The parts of us that get angry, jealous, envious, greedy. NOT talking about them doesn’t make them go away of course, and we can see examples everywhere of the pathology that happens when we don’t do the necessary inner work to identify and “call them out”.

The difference between Jealousy and Envy

Jealousy, which is a big driver of Competition, is not necessarily a bad thing. Jealousy is wanting something someone else has. It’s quite a normal part of being human and can motivate us to work hard to achieve the same.

Envy on the other hand is wanting something someone else has and not wanting THEM to have it. That’s an entirely different thing. Envy is unhealthy.

Have you ever been envious of someone else getting attention, recognition, or admiration? Have you ever thought “They don’t deserve that, I do!”. It’s not always obvious when jealousy (wanting something someone else has) gives way to envy (not wanting them to have it).

Unhealthy competition – like most unhealthy human behaviours – is triggered by lack. Something in US is lacking, but rather than looking within for WHY that is, we go outside of ourselves – to other people – to try and fill the void.

We externalize our view, which makes it easy to notice others and what they have. The more we feel we don’t have, the more we resent others who keep showing up with it. And if you know a thing or two about meta-physics or quantum physics, you know that the Universe just gives you more of whatever you’re focused upon!

Can we shift back to Healthy?

I believe that humans have an innate sense of right and wrong, and that MOST people will course-correct when they realize they’re acting in an unhealthy way – because it doesn’t feel good for them either!

We can’t change others’ behavior, because “everyone’s in their own boat”. But we can reflect on ourselves, and our health – and what we’re feeding ourselves, both in mind and body. We should do that constantly.

It’s important to remember that everyone has their own share of challenges too, and we never know what others are going through.

If you feel like you’re being unfairly targeted by someone who is acting in an unhealthy way towards you, see if you can find a way to disengage from that person rather than participating in their behavior. Understanding that they’re motivated by something lacking within themselves can also be helpful to put things into perspective.

Again, we can only control how we behave, and we behave according to our beliefs. Try to think more broadly about the situation, taking into account what you’ve read here if any of it lands for you.

Remember that we all go through things that can trigger us, making us act in less-than-appropriate ways towards each other. Just like a poor diet we can feed ourselves negative self-talk that hurts our mind the same way poor food choices hurt our bodies.

Competition is Worth It!

My advice is to give people the benefit of the doubt when they’re acting poorly, but be sure to also protect yourself and your own wellbeing. Trying to get someone ELSE to change is pointless, but changing how YOU react is priceless.

Just like all other challenges in Life, this is here to make you better, not worse.

We’re ALL growing and evolving via our mistakes, not in spite of them. Have compassion for yourself and those growing around you. We’re all a work in progress 😉