The Vowel Movement Challenge – Vocal Warm-Up Exercises you can do Anywhere! 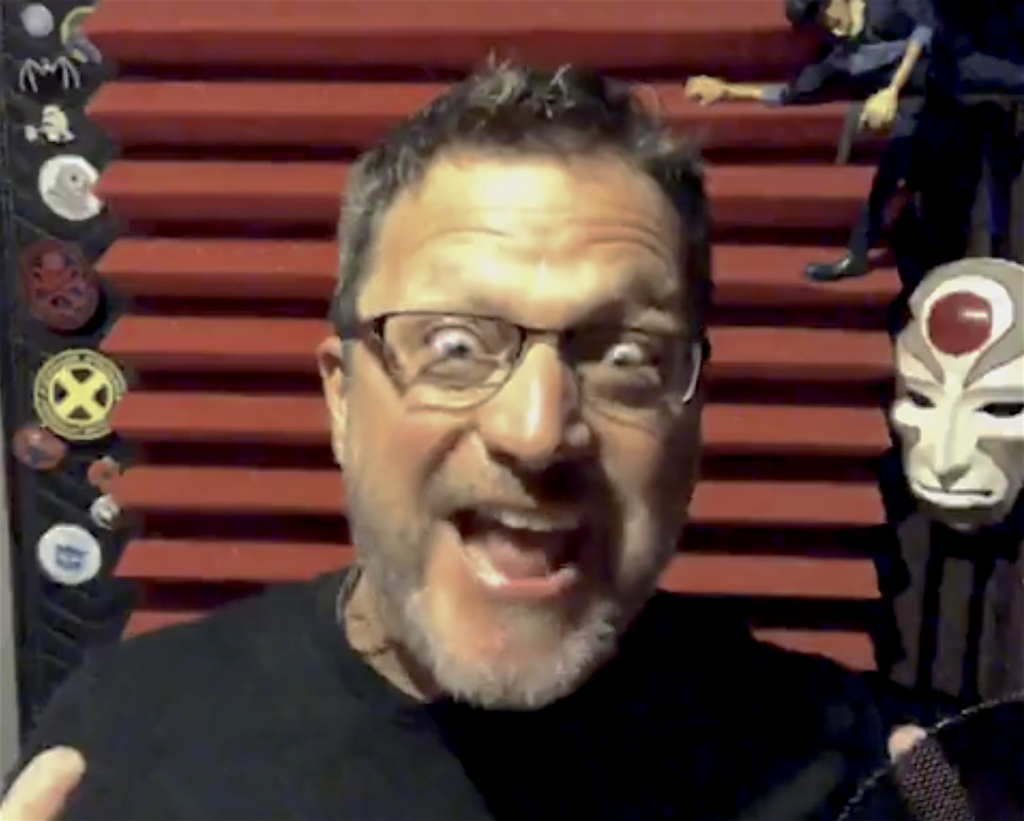 So we’re going to have some fun today! The whole idea of these vocal warm-up exercises is for us to get out of our box, to let go of the stuff that holds us back, to go back to the sandbox when we were little kids and nothing really phased us, back when we could be stupid and make goofy faces and we weren’t really judged, or at least we didn’t care about being judged!

There’s a whole lesson in my voiceover classes about vocal warm-ups and cool-downs but for this exercise, all you need to know is the alphabet, and in this case the first seven letters of the alphabet, and some vowel sounds. Today is about vowel movement and we’re going to do it in a way that actually helps you to loosen up your face as well. It’s going to help you to articulate better, it’s better for communication, and even if you don’t use it in your voiceover career, it’ll help you if you’re having a conversation with somebody and are trying to get a point across and it’s difficult communicating because you can’t find the words.

This vocal exercise helps to loosen all that stuff up so you’ll be able to communicate more effectively. As I said, I use it every single day, I do it in the car on the way to every session I do and it’s easy to remember. In this case, we’re just going to use the first six letters of the alphabet, later on we’re going to get a little bit more intricate with it, we’re going to start combining letters to use different parts of the tongue and different things but today for the sake of simplicity (and for fun), we’re just going to use the letters A through G. So, you guys ready to start?

Okay guys, so, moving your vowels begins with vowel sounds. A, E, I, O, U, and I’m going to add the vowel sound: ‘Ah’ just because it’s used in so many different places in the English language. So: A, E, I, O, Oo, Ah. Now we’re going to combine that with the first seven letters of the alphabet in sequential order. We’re going to start (of course) with the letter A.

So we’ll just start with:

Now, what you can’t see by reading this is that I’m stretching out different parts of my face to make each sound. This gets uglier and uglier so prepare for that and embrace it! The whole idea of this is just to let everything go so that you can get as ugly as you possibly can and have fun with it too.

Moving into the letter B, the B is going to activate something different in your face, it’s actually going to activate the lips. It’s called a ‘plosive’. The letter B and the letter P are plosives. So those are things that you have to be careful of when you get close to the microphone. If you’re pronouncing a word with B, it could make a popping sound on the microphone so you have to be a little bit careful about that, but the great thing about this exercise is that when you’re saying the letter B you’re actually activating the muscles in the lips. So now you add the vowel sounds to that, and just say

Then we move on to the letter C (we’re going to do the hard C as opposed to the sss sound. We’re going to use the cuh sound). Put that in with your vowels and we just do:

Okay, now that you’re sounding like a babbling baby, I want to add one more little component to that.

I want you to warm up your vocal chords.

This type of vocal exercise is great because it really does warm up your whole face and it warms up your vocal chords and kind of gets you ready for the day. I use it sometimes just to relieve stress. So, start with one of the lowest tones that you can possibly do on the letter A and say ‘Ay, Ee, Aye, Oh, Oo, Ah’. It may sound like you’re throwing up or belching but do it however it feels good to you.

The other thing that I would suggest is to differentiate the A from the E: When you get to the E, use a different part of your face. Try for instance to stress your forehead and temples, or any other part of your face by stretching it out a little bit more. Try stretching your eyes even. You’ll notice it gets uglier. Like I said before, don’t worry about looking ugly. That’s the whole point. Voice acting isn’t about what you look like, it’s about what you sound like.

Now, if you have TMJ or some other injury that might hurt if you stretch yourself too far, please be careful about that (or anything going on with your face, any sort of injury etc, just make sure you’re aware of what you’re doing so you don’t injure yourself or rip open something!

Other than that, go for it. Do these vocal warm-up exercises in private just so you get comfortable with them. Do them in front of a mirror so you can see how your face is moving and how things change up. Notice how different muscles are activated in your lips, in your cheeks, in your forehead, in your throat. Just be aware of what’s going on as you’re doing this.

There’s really no right or wrong way of doing this, what matters most is that you have fun with it. I want you to have fun and get creative. Do it in song form if you want to, do it in character form if you want to. Do anything that really just gets you out of your comfort zone. That’s the goal.

It doesn’t have to be perfect, nothing ever is. Believe me, I make a lot of mistakes and when I started out as a Voice Monkey I was terrified to do this. I’m going to be going ‘Ay, Ee, Aye, Oh, Oo, Ah’ right along with you. So make that stupid face. Go there! Don’t be afraid, let it go and just have fun. Please just have fun. That’s the message of the day. That’s the message of the year.