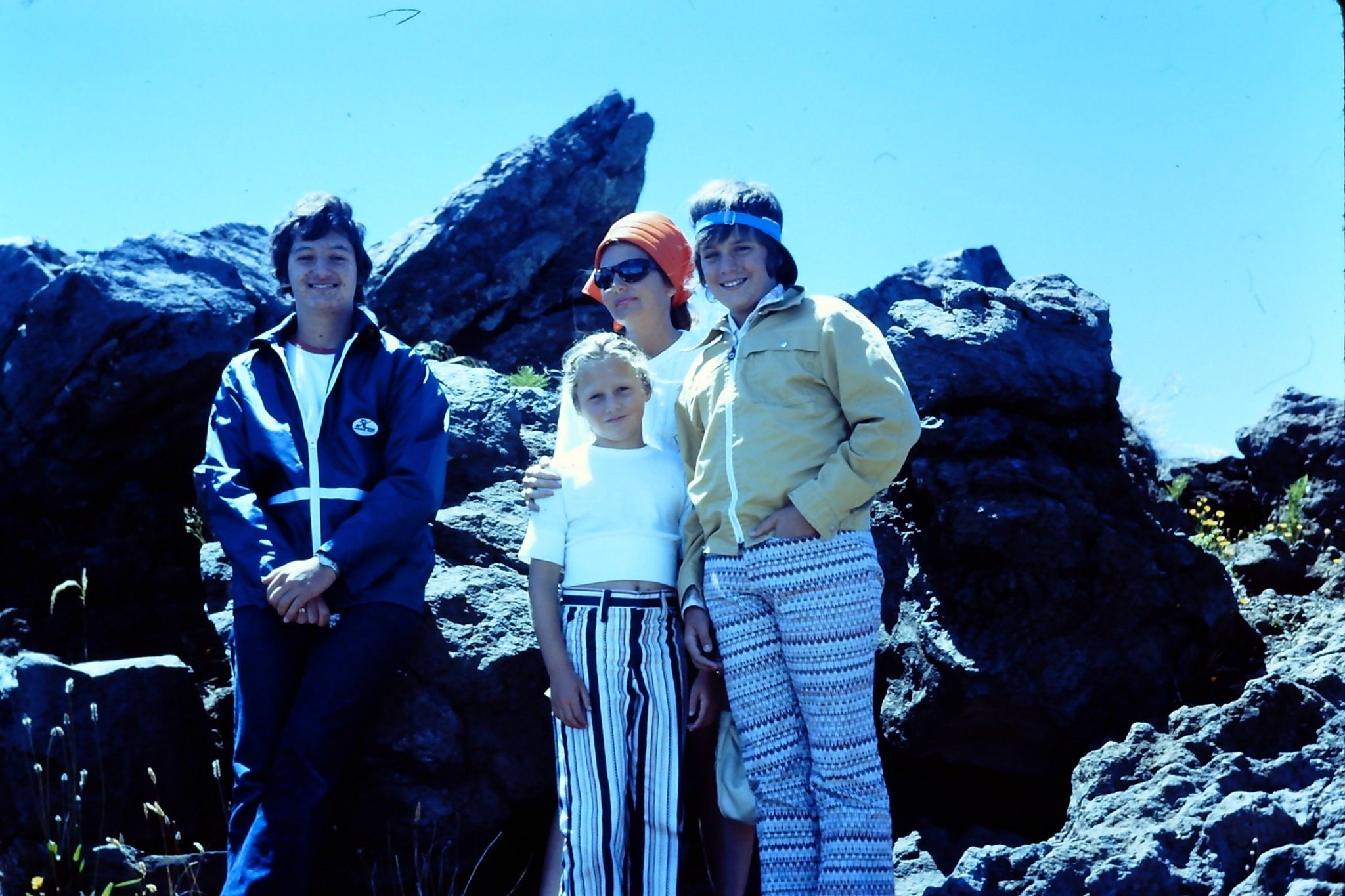 Welcome to the Blumvox Studios Blogosphere. I rarely talk about the early part of my journey, but I thought I’d share it with you here in hopes that something you see here may inspire you on your own path.

I’ve always been a bit of a loner. Even as a small child, though I liked people, I would be just as happy playing by myself. Creating imaginary worlds and talking to myself. I was overweight, shy, insecure, bullied often and felt like I was average or worse at pretty much everything. I found joy in art though. I wasn’t particularly good at much of anything, but I loved to create. I didn’t really care what medium. It all felt the same and somehow made me feel better. Music, drawing, sculpting – all of it helped me to escape my own perception of my mediocrity for my appreciative audience of one. Going outside and communing with nature has always been soothing to me too. I’d hunt for interesting bugs, lizards, frogs (and other fauna), plants and rocks, etc., and spend hours marveling at their designs, shapes colors, sounds… I had two dachshunds who were my best friends. I also began collecting fish, reptiles and birds for company. I was convinced that if I tried hard enough, someday I’d be able to communicate with the animals. I dreamed that I could fly, or eventually have superpowers. It was almost an obsession that took some of the harshness out of the rest of my world.

Later at age 12, my first job was working in the comic department of my grandfather’s book store. It was a beautiful place called Cherokee Books in Hollywood California. High ceilings, wood everywhere, rolling ladders that accessed a magnificent library of classic books and movie memorabilia from all over the world. I was mostly tucked away upstairs in a back room, sorting comics from recent purchases. My uncle Burt would buy huge lots of stuff from estate sales and collectors and I was charged with sorting and cataloging the titles. Since I worked alone most of the time, I read a LOT of comics back then. The characters would each have distinct voices in my head as I poured over the panels. I couldn’t voice them out loud yet (because boyhood voice), but every creature, every superhero and every villain would occupy a different vocal space in my brain. Back then, it never occurred to me that anyone could actually make a living creating these characters out loud. I was a huge fan of Looney Tunes, Disney, Hanna Barbera… pretty much anything animated. I’d often do terrible impressions of my favorite cartoon idols, but was too shy to share them with most people.

Later on when I bought my first answering machine – (back when they recorded on tape and sounded like crap), I did a Goofy impression as my outgoing message. Somebody called me by mistake and left a message with laughing in the background. They called back and shortly thereafter, his friends started to call to listen to the message. My friends picked up on it too and not too long after, were giving me character requests. I had to change the message almost on a weekly basis. It was fun, but I thought that was the end of it.

I still had no idea that “voice acting” was a thing or that anyone could even consider that as a career. When my kids were born, I began reading children’s books to them and acting out all the characters. It just seemed to be the right way to read those books. Later I went to their school as a volunteer parent and read for their classes. That’s when my voice training really began, though I didn’t know it at the time. I was already dabbling in Anime for fun on the side, but the kids didn’t really know or understand that – or care. They just knew if I was reading their stories properly and would handily and bluntly school me if I wasn’t.

Now this is the part you may have heard before. Regarding the Anime thing… a few years before the school schooling, I was working as a production assistant/driver/mailroom clerk etc. for a film studio called Empire Entertainment (the company that made Reanimator, Ghoulies, then later – the Puppetmaster films, etc.) My friend (actor) and head mailroom-slavedriver Victor Garcia asked me if I’d like to try working on a crazy “Japanamation” project he was helping to cast. I was probably the only non-actor in the building, but he noticed that I liked to mess around with stupid character voices with the actors who worked there. My friend Tom Fahn and I physically could not greet each other without our bodies slumping, hiking our pants up and transforming into two old Jewish men from New York. Still can’t (except now we’re actually much closer to that age!) Anyway, Victor offered us all an audition one weekend for his project – a show called “The Guyver.” I was terrified, but said yes, because he said they’d feed me a couple of meals whether I got the part or not and pay me a little if I booked it. He knew I had no experience, but I had the deepest voice in the mailroom and he needed somebody who could voice creatures. He had me at the “free food”. I was a below average starving R&B musician at the time, when everybody else was playing glam and heavy metal, so a free meal really meant something to me.

The pacing of the dubbing seemed musical and natural, and I took to it well. They hired me for 26 episodes, I eventually dubbed human characters, and learned how to act over the next couple of decades by just doing it and stealing technique from everyone I could. Not the easiest (or fastest) way to break in, and I screwed up A LOT, but the pressure is minimal when you have no idea why people are paying you to fart and bark into a microphone. I simply did it because I loved it and the community in the voice acting world was unlike anything I’d experienced in any other line of work.

I stayed at the film studio for almost 15 years, eventually becoming an executive with a beautiful office in Hollywood. What began as a fun, creative environment, became a competitive, back-stabbing, typical corporate entertainment hell and I hated going to work every day. I was praying for a way out, but had a decent salary in a steady job and was still able to do a little voice work in my off-time for fun and pocket change.

Then I booked a gig as the voice of 7-11. I thought “this is it!” I heard that once you book a big commercial campaign – you get to buy the house, car, decent clothes… So I quit my job at the studio and declared myself to be a full time voice actor! Unfortunately the commercials only paid a fraction of what I was expecting (only the big network national spots paid the big bucks and this was not that). Then the union went on strike for 8 months and I couldn’t get a decently paying voice job for about a year and a half. I lived on credit cards and every odd job I could scrounge to stay afloat. I went into huge debt and was terrified to pay the bills each month. The thing that made that time ok for me was every moment in the studio recording the stuff that still wouldn’t pay the bills. That and my friends in the Anime community who supported me by continuing to co-create art when everything else went to sh*t.

I remember those days vividly and it’s the reason why I insist that new voice actors really check themselves before getting into this business. You must be passionate about it and know that even if you NEVER make a living at it, it will be one of the most fulfilling art forms you’ll ever experience. That to me is worth every moment you invest and you’ll never be disappointed if you approach it from that perspective. If you’re in it purely for the fortune or fame… I suggest calling the Kardashians. That’s an entirely different business. Thanks for reading this and I hope to see you in my voiceover classes!