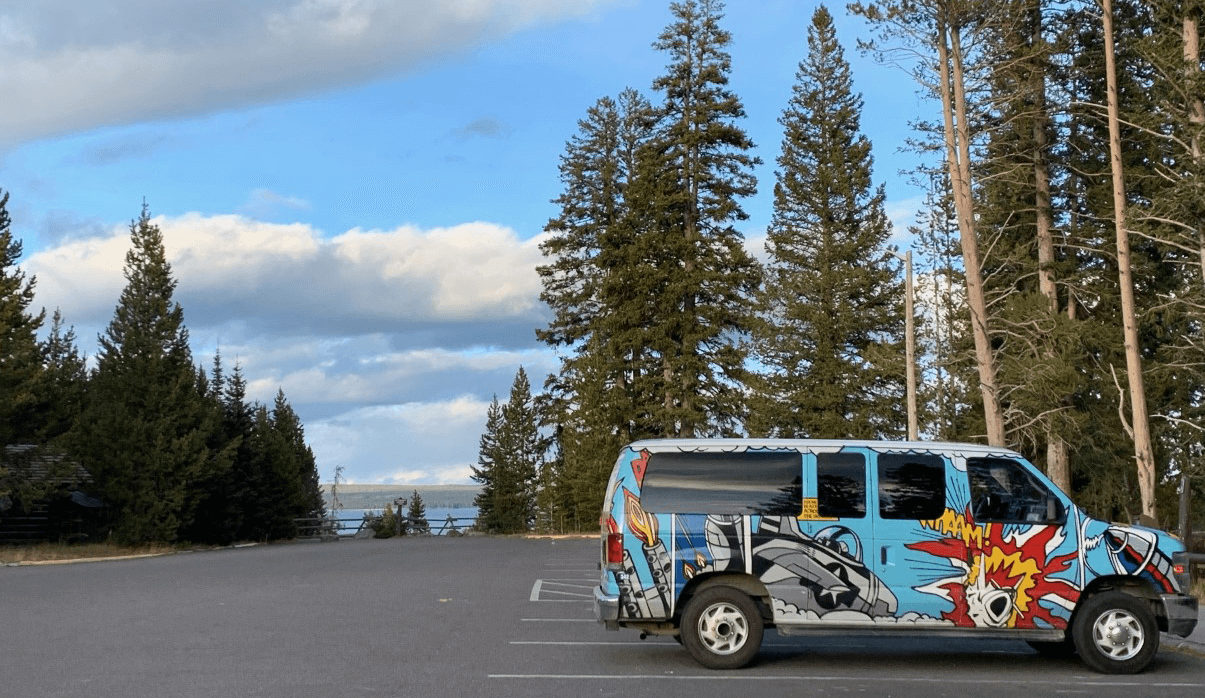 As I write this, I realize I have not yet officially introduced myself in this amazing community so… Hi! I’m Gwen (aka: Gwendolyn), a theatre lover living in the Greater Seattle area with many passions in the artistic and creative world. I believe that LIFE IS IMPROV, and I love to play around and create – especially within the areas of photography, culinary, poetry, music, and more! Also, I believe in philanthropy and volunteer or donate when and where I can. Sometimes it’s event specific, sometimes it’s long-term, but it’s always an adventure.

How My Current Journey Started

Back in 2010, a friend asked if I would volunteer at Emerald City Comic Con (ECCC) – I had NO CLUE what this was – or even what a Comicon was – AND I was performing in “Real Women Have Curves” that weekend. But I said yes anyway in order to help my friend. So, in what was a very sleep-deprived weekend, I volunteered in admissions for my first ever Comicon experience. It was fun and the excitement that each person had radiated across the hall. The cosplay was fantastic, too, though I didn’t have any time to walk around or see much.

Returning for the 2011 event I was a lead for ticket exchanges within the admissions department. Lots of fun and good times – and no competing theatre performances – it was great! Though for the 2012 event, the celebrity department approached me and asked me to create and manage their greenroom. The entertaining conversation is generally summarized with the interchanges of “Hey! We want you to run our greenroom”, “Cool. Sure! What’s that entail?”, “We don’t know”, “Oh. What do you have now?”, “A room, but we know you’ll figure it out”. Ha! So I did my best to figure it out – and I learned a lot, improved a lot, streamlined, networked, developed a good industry reputation, built a solid team of amazing people, and created special memories. In time, I was even asked to train a convention in Oregon how I setup and managed my greenroom – they shadowed me, then I journeyed to Oregon and assisted them at their event. It was a very cool opportunity that I’m still proud of.

Not without occasional trials and tribulations, though basically, my “con life” was rockin’ (except that I basically lived in the bowels of the convention halls and I didn’t have much time to get out and see the attendees or volunteers beyond my crew, but I was still quite happy). I had even started volunteering at an Anime Convention assisting with the Staff Office and Convention Lost & Found (which I still run the Lost & Found department at the time of this blog post).

Slamming on the Brakes

All was good, though in 2015 ECCC was acquired by ReedPOP and by 2016 they changed volunteers to be paid event staff. However, there were more volunteers than event staff positions so hundreds of us lost our roles – it was about numbers and logically made sense. Though it was personally crushing because I didn’t know how not to take it personally. Of course it’s not personal – it’s business – in my scenario the greenroom as we knew it went away, but logic and heart speak two different languages.

After spending too much time trying to balance my emotions about this new change, I realized I had built good relationships with multiple talent agents and I should reach out to them to see if they wanted my help for the next Seattle area convention. Finally, I contacted a few of the agents I had worked with most often and basically told them each via message, “I’d love to still be involved and if wanted, I’ll help the first agent to respond”. Not too long after that, I became an Agent Rep and Travel Coordinator Lead and was even traveling to conventions beyond the Pacific Northwest!

As an Agent Rep, I was assisting clients at their tables. After all those years of only seeing back hallways during cons, I was finally able to interact with the attendees once again – and the energy was amazing! It helped that the clients are generally wonderful, kind, and caring people that inspire me to be a better, kinder person. Yet, one of the more personally pleasing scenarios was that I was now one of the people sitting at the tables in the greenroom at the conventions. Yeah, it was a bit awkward for me, but it was another way my journey had detoured and proven that my tenacity had partnered well with somewhat random happenstance.

At one event, my flight arrived a bit before Steve’s so we shared a car from the airport to the hotel. Even though I’d worked with Reirani to coordinate Steve’s travel, and I had briefly met him at another convention, this was my first time actually chatting with Steve Blum. Plus, it was rush hour traffic in Chicago so we had some good conversations during our journey, and he asked if I would help him at the event. He seemed nice and I wasn’t yet assigned, so I agreed.

Therefore, during C2E2 in 2017 (a very large event), Steve and I got to know each other, how we work and what we value. We had such great times building memories with his fans and talked to so many people each day that we both sounded like frogs when we met up each morning! It was wonderfully wild and exhausting, but in a good way.

Over the years, Steve and I teamed up at conventions whenever we could. As you know, he’s genuinely a nice guy who deeply cares about people and wants the best for them. Steve is authentic and respectful and prioritizes each person’s experience – it’s very cool to be involved in that. Each time we met at cons he would update me on his projects/work activities including the Teaching Series at Blumvox Studios and The Blumvox Studios Community on Facebook.

At some point I let him know that I have experience and training in Marketing and Management, so I could assist his company if it’s ever needed. Though I didn’t press (mostly because I was enjoying traveling to conventions about half the year). Then, in early 2020, an opportunity came where they were ready for help and I was available, so I joined Blumvox Studios.

For me, it’s interesting to think about the little, seemingly random happenstances that occurred to bring me here. If I didn’t help my friend at ECCC then I might not have been to a Comicon and it would have been a missed opportunity. Getting let go from my role at ECCC was painful but was a blessing in disguise that eventually pushed me to assert myself in a way I hadn’t before. If I didn’t share a car with Steve Blum – or if we only had a short trip – we might not have gotten to know each other enough for him to ask me to help at his table and therefore I likely wouldn’t even know about Blumvox Studios, much less be part of it.

In my opinion, it’s important to not live in the negative “what if” mentality of “coulda, shoulda, woulda” – though instead, occasionally consider the “if/then and therefore” scenario of positive becoming and celebrate the positive outcomes. Most journeys in life are not short, narrow roads without curves or bumps. Instead, they are created by somewhat random happenstances – like roadside attractions that you either choose to explore or ignore. Find joy in those little experiences that guided you to the good things in your life and celebrate them as part of your journey.