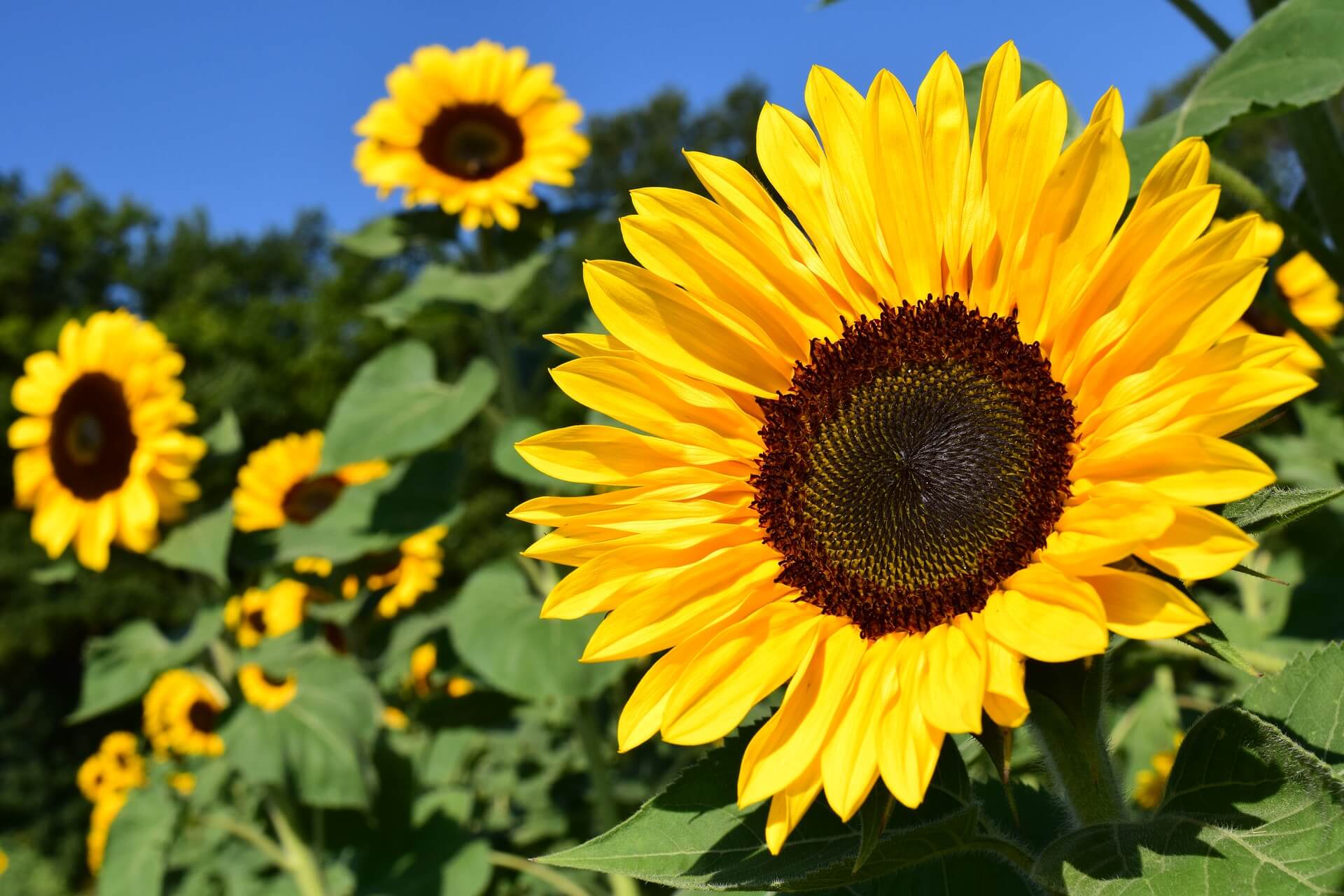 What if you made different choices now? Could that change how things are going, or is everything fate?

Turns out… it’s a bit of both.

Nature versus Nurture: Genes vs Environment

So? Does that matter?

Yes! It matters because it means you have control over how things turn out for you.

It matters because it means that nothing is predetermined – even when you compare two identical things!

What does it mean?

Well, for starters and at the basic level of human physiology, it means that we don’t have to be a victim of our childhood and how we might have been raised, nor do we have to be the victim “bad genetics” that predispose us to serious life outcomes like cancer and heart disease, or alcoholism or depression.

DNA is malleable, meaning it’s changeable. While you can’t change things like eye color (not yet anyway!), you can carry certain genetic markers that don’t have to activate! It depends on the environment you place those genes in.

And get this – you can also turn them off – depending on the environment.

So, IF you choose to change the environment you’re in, you can change how your life is going to play out.  Isn’t that wild?!! But don’t take my word for it.

The Science of “Nurture”, from Dr Bruce Lipton

Dr Bruce Lipton is a well-known molecular biologist who’s been studying Epigenetics for nearly 30 years. He’s devoted his life to understanding human biology and behaviour and he’s an amazing human being. This is what he said about his discovery:

“I placed one stem cell into a culture dish, and it divided every ten hours. After two weeks, there were thousands of cells in the dish, and they were all genetically identical, having been derived from the same parent cell. I divided the cell population and inoculated them in three different culture dishes.

Next, I manipulated the culture medium—the cell’s equivalent of the environment—in each dish. In one dish, the cells became bone, in another, muscle, and in the last dish, fat. This demonstrated that the genes didn’t determine the fate of the cells because they all had the exact same genes. The environment determined the fate of the cells, not the genetic pattern. So if cells are in a healthy environment, they are healthy. If they’re in an unhealthy environment, they get sick.

Here’s the connection: With fifty trillion cells in your body, the human body is the equivalent of a skin-covered petri dish. Moving your body from one environment to another alters the composition of the ‘culture medium,’ the blood. The chemistry of the body’s culture medium determines the nature of the cell’s environment within you.

The blood’s chemistry is largely impacted by the chemicals emitted from your brain. Brain chemistry adjusts the composition of the blood based upon your perceptions of life. So this means that your perception of any given thing, at any given moment, can influence the brain chemistry, which, in turn, affects the environment where your cells reside and controls their fate. In other words, your thoughts and perceptions have a direct and overwhelmingly significant effect on cells.”

Dr Lipton’s work, and the entire Science of Epigenetics itself, is helping to rewrite medical school curriculum now. While we’re a decade or so away from having it be accepted at the societal level en masse, the shift in understanding has begun.

SO, was it meant to happen?

Things aren’t fated. You’re not more likely to succeed in life if you’ve got “great genes”. Nor are you more likely to fail in life because you were raised in poverty. ALL of us have a potential that we come here with, and that potential can be activated or deactivated by the environment we’re in.

That’s a good thing! It means you can take action to change what isn’t working! If you know for instance that you’re predisposed to alcoholism because one of your parents was alcoholic, and perhaps their parent too, then you can change the environment around you in order to avoid going down that same road. If you’ve had a problem with alcohol, it’s not just because “My father was an alcoholic” and therefore it just is. That’s the “Nature” argument. Your life can change, if you can remove yourself from that environment.

Obviously this is easier said than done, and you need to make sure that your new environment includes lots of support. But you can switch that genetic marker off by shifting the “petri dish” it’s living in.

Likewise, if you’re a talented actor or singer but you’re surrounded by unsupportive friends or people who think you should choose something else to pursue in life, you can choose new friends too!

Remaining in an environment that isn’t healthy or supportive is not an option if you want to have a successful life. Money, fame, looks, we all know people who had what society deems “the right stuff” who didn’t have successful lives. That’s because of the environment they allowed themselves to be in, and their inability (for whatever reason) to remove themselves out of that.

You can come from all the money in the world, be tall, dark, handsome, beautiful, smart, that’s not enough on it’s own.  You have to place yourself into the right “petri dish” if you want certain things to activate in your life, or not.

The beautiful thing about that, is that it IS under your control.

A picture paints a thousand words

You know if you’ve been reading these blogs, that I love using nature as a metaphor. It just lends itself to life lessons anyway, we should spend as MUCH time in nature as we can.

I was given some Sunflower seeds a couple of months ago, and all but one were planted outside. One I chose to place inside our greenhouse. Different soil, different growing conditions, same seeds.  Here’s a pic with my 12 year old standing next to them both. Look at the difference!

Both Sunflowers had the exact same potential, but one clearly activated ALL it’s genetic potential, while the other did not.  They’re BOTH Sunflowers and when they bloom they’ll BOTH make our Bees happy, but it’s clear that the environment changed the result for them both. 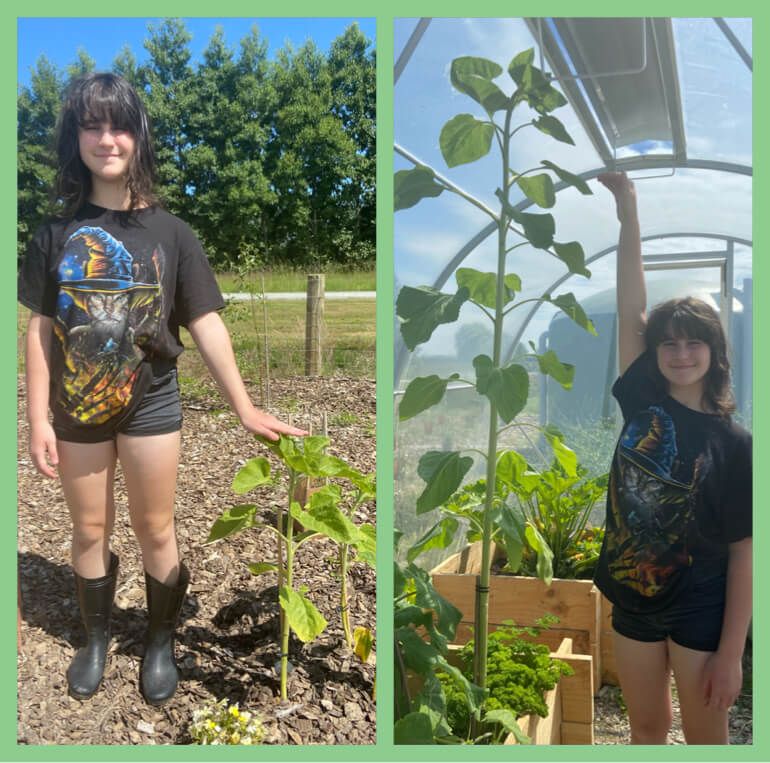 Every time I see these two I think about this topic. And about life.

It’s not Nature versus Nurture.  It’s Nature AND Nurture.

Together those aspects are what constitute success in life.

Plant yourself in fertile soil. Give yourself the BEST chance to activate the latent potential in you, while also making sure to remove from your environment that which does help you to grow into the fullest more realized version of yourself.

It really is all up to you.

For more insight into the work of Dr Bruce Lipton – a man well ahead of his time and committed to humans living successful lives, go here.