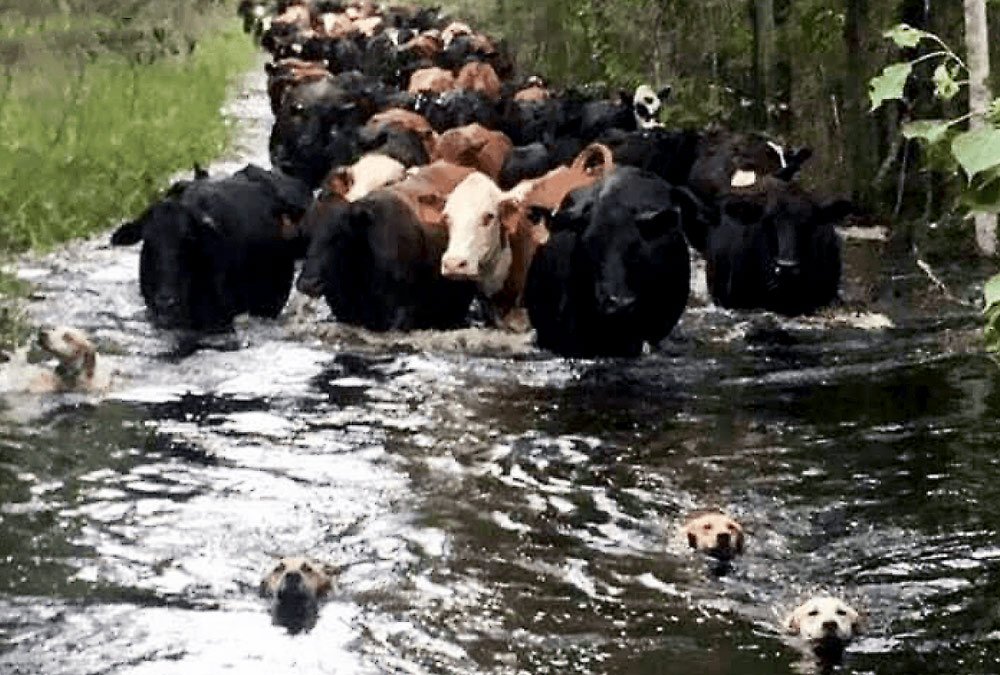 Leadership (or lack thereof) is something we’ve gotten a good dose of throughout the world this year. Thanks to Covid we’ve seen Leaders who don’t “walk the talk”, leaders who don’t do what they tell us to do, and leaders who fall far short – and some that have fallen from grace as a result.

We’ve also seen a lot of examples of great leadership in 2020, from many who haven’t donned that mantle or title and yet have stepped up to demonstrate what leadership is.

While it’s always easy to look at a situation from afar and think we know what should be done to appropriately “lead”, I chose this blog to delve into Leadership as it relates to us personally.

Why? Because we can’t control what others’ do, but we can have a great deal of control over OUR own lives. Leadership in our own lives helps us to be less dependent on what others’ do and what happens around us. It also helps us learn to live in integrity with our own purpose and path.

What Makes a Leader?

The image above speaks volumes about leadership. I’m told it’s from recent floods in Mexico, and these are farm dogs leading their cattle out of a flooded area to safety.

Leaders – in the true essence of the word – Lead by Example. If we take this image literally – true Leaders get IN the water with their responsibility. IF that includes leading others, they swim up ahead, and call FROM that forward place. They INSPIRE, rather than push, force, guilt or coerce.

Leadership is Power versus Force

Have you ever had a friend who tells you what YOU need to do, without ever having done it themselves? Perhaps you’ve had a coach who told you what it takes to ‘Win’ but they themselves were not winning in that area. Maybe you had a parent or family member who lived off the charity of others, while they told you repeatedly to “pull up your bootstraps” and work hard for what you have in life. Or a boss who rarely showed up to work but wanted you to know how “hard work makes the difference”.

These are all examples of people living out of integrity, even though many of them are in positions of leadership or authority in our lives.  Authority over others can make us think we’re “Leaders”, yet it’s the furthest thing from true Leadership.

To Lead is to Inspire change in others – by our own personal example of that.

To Control or Manage is to Force change in others – by fear, guilt or manipulation.

Either way change happens. The method by which it comes about makes more of a difference than we might realize.

And of course we’re seeing a lot of both this year.

Look again if you would at the image of these wonderful, selfless working dogs. They got IN the water with their herd, and INSPIRED them to move forward from up ahead. Those cows, who were no doubt scared, could see the dogs up ahead. They knew forward was doable – because the example was right there in front of them.

The Opposite of Leadership

In the context of this photo, the opposite of leadership is the dog running along the riverbank, barking. In human terms that might be “Keep Going!, Keep Going! Keep Going!”. While it seems encouraging, it doesn’t inspire. In human terms that person is not IN there with you. They aren’t showing you that they can do, or have ever done, what they expect you to do.

This is why many leaders – of families, of companies, of cities, of countries – are not respected. Why they aren’t liked. Why they aren’t trusted. When we don’t have an example of that person doing what they want US to do, why should we be inspired to do it?

In so many cases, especially this year, “Leaders” are doing so by force, coercion, duress and threat of harm. They are leading by Force. That isn’t leadership. It’s management.

In contrast, there are historically GREAT leaders throughout record. Nearly ALL have one thing in common. Those great leaders led. They didn’t push, or threaten, or manipulate. Instead they got out front, saying “This is how it’s done” while doing it. They called from “downstream”, from experience OF the stream. They rode into battle first, they showed up on deck first and they were last to leave.

Leadership in every day life.

None of us need to be so great a leader that we’re remembered by history of course. Leadership, being and doing what we ask and expect of others first, is something that we should strive for because it benefits us on a personal level. Aspiring to live the example of leadership is good for us and everyone around us.

Leadership is doing what you expect of others

Should you require hard work of those you’re responsible for, you must be a hard worker as well. If you’re a farm dog and your cattle are going to drown, you jump in the water and swim up ahead of them to show them the way out. You must DO first, before you ask others to do as well.

Being a Leader is about being in Integrity, which means walking the talk. It’s a good practice, because it develops Character. In turn that up-levels the quality of our life experience and the results we get in Life.

It’s my belief that life is love vs. fear, and our journey between those two polarities. Respect, which is earned when we live in integrity, is a form of love. If you want people to respect you, becoming someone that lives in Integrity is key.

Control, Ownership, Manipulation, Force – common attributes of the majority of world Leaders today, is about fear. If you have to mandate, guilt, whine or force someone to do what you want – for any reason, then you aren’t leading them, you’re controlling them. If you want their respect, inspire them by doing it first instead.

Leadership as it relates to our lives

I’ll add my personal experience of Steve at this point. As his assistant for several years I saw first hand how hard he works, how many hours a day he puts in, and how relentless he is toward his and the company goals of Blumvox Studios. Whenever it was necessary to pull long hours, to pony up and do what needed to be done, to go that extra mile for him personally OR for Blumvox, Steve’s own example is the reason I did.

When I had to negotiate convention contracts and hold promoters to their word, it was the experience of sitting at his table and witnessing HIS selfless giving to the fans that inspired me to make sure those contracts were iron-clad and his needs would be met. When we had a new Masterclass or Blumvox Ad to produce, I stayed up late and worked weekends to make sure it was as perfect as possible.

I’ve worked harder for Blumvox Studios than any other company I’ve ever worked for, and it was his example of Leadership – his doing it all and more himself – that inspired me to as well.

I often tell Steve I’d follow him to battle. Why? Because I know he’d take the Front if it was necessary, and he’d be there at the end as well. That is a true Leader.

It doesn’t require much effort to be mediocre, or to follow others’ guidance over your life rather than leading it yourself. It doesn’t take much to ride on another’s coat tails either. To let others do for you what you ought to be doing for yourself. But if you want to get to the level of someone like Steve, it requires YOU to do the work. Constant character-building work – that no one might ever see. It doesn’t happen at a Retreat. Or an online Course. It happens in the small moments, in the day to day choices we make. To go without, to work through the night, to give when we could receive. To get in and swim when we could just run along side and bark 😉

That’s why he has a team of people who operate with the same edict. We do what it takes and we do it with respect. We’re Inspired to step up and meet him at his level. That is what Leadership does to those around you. It’s the high tide that raises all boats.

In Te Ao Maori (the Maori world) the word for Leadership is Rangatiratanga. It means literally “Chieftainship”. While it’s not about being a Chief, those days are long gone in our culture. It’s about exhibiting Chiefly qualities in one’s life. It’s the height of success one can ever achieve.

Someone who practices Rangatiratanga rides into battle first. They rise to challenges, rather than expecting others to slay their fears for them. They’re first to work and last to leave – willing to get IN the trenches with their people and to clean up afterwards.

Rangatira are winners in the game they expect YOU to play well. They swim OUT FRONT where it IS dangerous, rather than running along side where it’s safe. As such they’re respected, and trusted. They went down the path, so you can trust that you can too.

If you’re listening to or following someone that doesn’t exhibit the qualities they expect in you, or you find you don’t respect a person who is a self-proclaimed leader OF you, then it’s time to find someone else to listen to and follow.  There’s nothing wrong with us being at different stages of development, but those who aren’t in integrity aren’t the best example to emulate.

If you’re struggling to be heard, or respected, or trusted by others you have responsibility for, or you wear a “Title” but you don’t feel respected for it, take a look at how you’re exhibiting the quality you want to see in the people around you – in your own life.

You could be motivated to become a good leader in either of the above scenarios, but the true bonus is you might just find over time that you love and respect the person you become as a result.

It’s a win win for All, but it’s always You first.

As we look ahead to a scary new reality – a new normal that is far from that, good examples of leadership will be more important than ever. Especially in our families. Learn what leadership really looks like, and support those that demonstrate it. Choose wisely to become the essence of a good leader and inspire others. Here’s a good article from Forbes for those of you looking to level up in your place of work, your business, or your career.

You don’t have to lead. But it’s good to know how to recognize and support it.