Before Voice Over Classes – Get Confident! 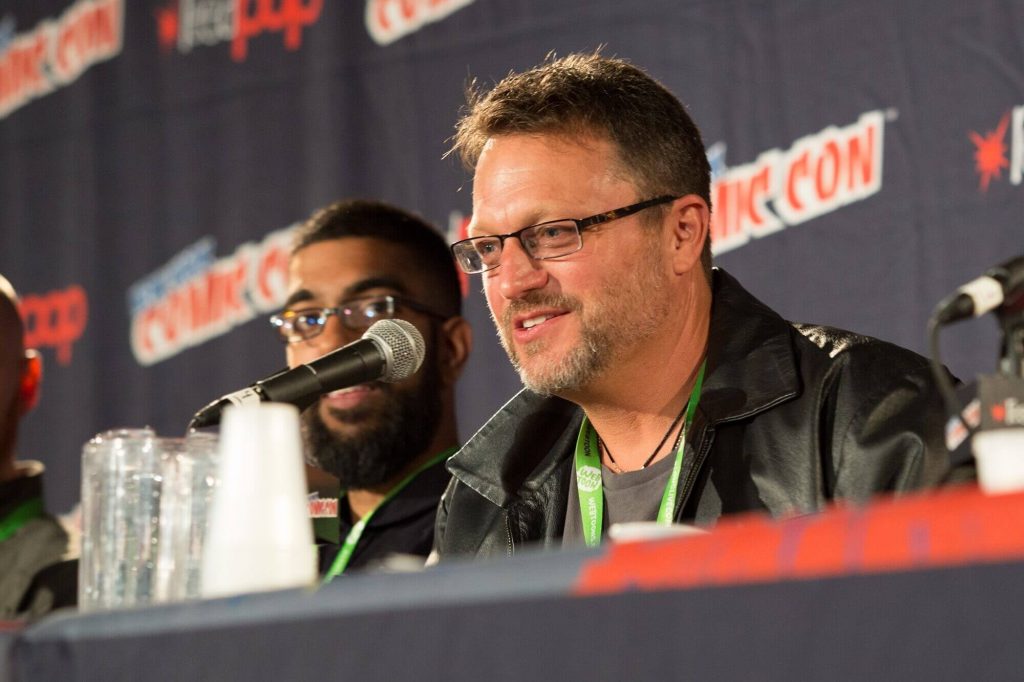 Before you even begin to take voice over classes…

…before you ever even get into any of the technique or the performance aspect of voice acting, building your confidence is a critical thing you really need to be able to do. At the very least you need to have a game plan for how to manage yourself if that confidence is lacking and you have to perform anyway. When you’re learning how to become a voiceover artist, confidence is one of the fundamental things that can make or break you.

Well, one of the reasons is that as a voiceover artist, you get fired after every job!

Take “Star Wars Rebels,” a show that I worked on consistently for years. When that show ended, I found myself in my quiet moments thinking:

“What if I never get a job like this again?”

“What if there’s a bigger reason that I’m incapable of understanding that has ended this for me now?”

“Maybe I should choose something else to do with my life.”

You might be reading this thinking “That’s crazy! How can he have those thoughts?!” Truth is, those kinds of thoughts, feelings, and insecurities affect everybody, no matter what level they achieve in their career.

It’s ok to be vulnerable. To be human. To embrace what it is to be truly authentic.

My favorite actors and actresses are people who aren’t afraid to “go there.” They demonstrate that all of us, no matter what level of confidence we seem to exude on the outside, can be very insecure on the inside, myself included. In fact, the most amazing people in the industry whom I admire most, not only exude a cool sense of confidence, they can also be complete dorks at times.

As you may already know, when I got into voice over, I hadn’t taken any voice over classes at all, and for a good long while I was playing big, broad, crazy, wild characters. I was voicing creatures and aliens and things that came naturally to me. I’d been doing that stuff since I was a little kid. It wasn’t anything I needed to think too hard about. They were small shows. I didn’t think anybody would ever see them anyway. Then along came Spike from Cowboy Bebop. All of a sudden I had to embody absolute confidence for a leading role! I thought to myself “How will I ever pull this off?!” I remember the day I walked into the booth for my first session and stood there, watching how Spike moved, how he acted on screen, and thinking “Whoa, they might’ve gotten the wrong guy for this”.  I was freaking out, and when I got home that night – that voice kept repeating in my head…“They’ve got the wrong guy! They’ve got the wrong guy!” “They’ve got the wrong guy.”

But I’d booked the job! I had to do it, I had to find a way of overcoming that potentially crippling fear. Fortunately for me there was a team of people in that studio who I’d been working with for a while, who gently guided me through the process and helped me to push through.

That experience profoundly inspired me in a lot of ways. It made me want to be that support for others too, which is part of the reason I created the Voice Over Classes that I now teach. Blumvox Studios is a safe place for folks to work on their confidence but also to be a complete dork as well. I’m very proud of that. I believe it’s critically important to work on this stuff before you get behind the mic in a professional recording situation.

There are some artists out there who I think embody this beautifully, this openness and ability to be super-cool and super-dork as well. Take my dear friend Logic for example. He’s a rap artist. The first time I saw him perform he was the ultimate representation of confidence, he was holding thousands of people’s attention all at once, spitting lyrics and speaking from a place of truth and ferocious confidence. Then I got to know him personally, and what a complete dork he can be. I found it inspiring and powerful that he allows himself to be his authentic self in front of complete strangers! That’s when I was really sold. He loves Anime, he loves video games and he’s not afraid to admit that stuff in the Hip-Hop world– which doesn’t always welcome that. I love that about him.

For those of you who resonate with celebrity examples, here’s a few more…

Consider Chris Hemsworth. He’s the man’s man, a brutally handsome dude with gigantic muscles, but behind the scenes he proudly admits that he has an inner dork like every other mortal. Check him out in the most recent version of Ghostbusters for a spectacular taste of that.

Sam Jackson is often loud, intimidating, boisterous, super intelligent and confident, but then you see him in something like the Kingsman where he’s speaking with a lisp, he’s super insecure and hates the sight of his own blood, his ability to show that demonstrates how “ok” he is with letting down those guardrails and displaying a lighter, goofier, hilarious side too.

Meryl Streep, who’s played stone cold roles like Iron Lady and Devil Wears Prada – can then go to a completely ridiculous place as Julia Child or Florence Foster Jenkins – and embody them as real people, walking that fine line so as not to mock them, but to celebrate them.

Being willing and able to be a dork deflates the burden of trying to be cool all the time. So why not just embrace it? I do every day.

So how do you build confidence if you’re not feeling it at all? Well, there’s a few ways you can master this. The first thing you have to do, and one of the first things my students learn in our voice over classes, is:

Make friends with your voice.

In fact the very first live voiceover class I taught was all about that, and the many ways we can learn to make friends with our voices. Our authentic voice. That unique voice that makes us – us.

Another way I learned to master that confident feeling (because I had to), was to fake it! Yup! That’s right! I know it probably sounds crazy, but with so many often critical voices in your head that tell you you’re “not good enough,” or “you’re not gonna get the part,” or “keep the part,” you may have to do just that sometimes. You may have to fake it.  Those negative voices in your head aren’t real and probably aren’t even yours anyway, so what do you have to lose?

So at first, I faked it with Spike.  I pretended I was confident!

In the beginning I was terrified. The first time I stepped up to that microphone and saw how cool he was, I honestly felt like peeing my pants! I felt like that for the first five or six episodes.

There was a point though where I had to make a decision. I remember thinking “Well, this is what I said I wanted, so I’m going to see it through. I’m just going to fake it till it feels better.” I said to myself “I don’t know what they’re gonna think about me, but hopefully the director on the other side of this glass is going to tell me if I’m screwing up.” If you get a good director, they’ll gently tell you when things aren’t working, and they’ll help you work through it, but you have to give yourself permission to step into those shoes in the first place. If you can’t find that confidence in this moment, you at least have to be willing to take the initial step, and fake it! You’ll fail sometimes, (I fail a LOT!) but you’ll learn. And you’ll get better. And pushing through the insecurities will get a little bit easier every time you take that risk.

Another way to build confidence in yourself, and I mention this a lot in voice over classes, is to ask yourself some really important questions:

Perhaps THE most important question. And the honest answer may be more elusive than you think. Sit with that for a moment and apply it to every area of your life…

Finding YOUR answers to this question alone could transform your life.

Then take it a step further…

Why am I here?

Why am I putting myself in a situation to learn voice acting when I know it’s one of the most difficult professions in the world?

If you’re investing in voice over classes currently, ask yourself, why are you here? If you’re taking any kind of voiceover training, or any kind of acting training, ask yourself what do you want to achieve by doing it? Are you doing it because you want to get rich or famous? If so, I would say to you Please don’t do it for those reasons. If you do achieve financial success and/or fame and you forget to enjoy the process, or if it’s nothing but struggle to get there and maintain it, what’s the point?

Are you doing it because you want to create something?

Are you doing it because voices are just fun for you?

What do you want?

Do you have a long-term goal in this?

Do you want to do this as your profession?

Do you want to do this as something that fills you and makes you feel good because you’re in a crappy job that’s supporting you financially but this is what makes you feel alive?

There’s no right or wrong answer to these question, only the answer that best reflects your reasons.

It’s critical to define your “why” for doing any of this!

It’s what can carry you through when you don’t feel confident. It will help you to “fake it till you make it.” Your “why” can help you take a step you otherwise would be too afraid to take.

Many of the people in your life that exude confidence are confident because they’re also able to sit with themselves when they’re not feeling confident – with the willingness to work through it. They can make friends with all the attributes that make up who they are, the great and the not-so-great, and can even learn to revel in and to work with and to thrive with those feelings! They’re confident because they were willing to take that scary step and show all of who they are – most importantly, to themselves.

I spend a lot of time in my voice over classes working with students on these inner game aspects. I personally believe that without this foundation, the other skills don’t matter. You need the right vehicle and tools to navigate this industry. Entertainment is a business. Like life, it doesn’t owe you anything and will remind you of that often. We need to build our foundational inner support system first, or everything else can topple when things get hard. When you practice building confidence, you realize you have the responsibility – and the ability to respond – any way you choose. You can choose it. There’s freedom in that, and freedom of expression will help you develop as a voice actor… and as a successful human being.

For more information on learning the art of voiceover with Steve Blum, check out our voiceover classes 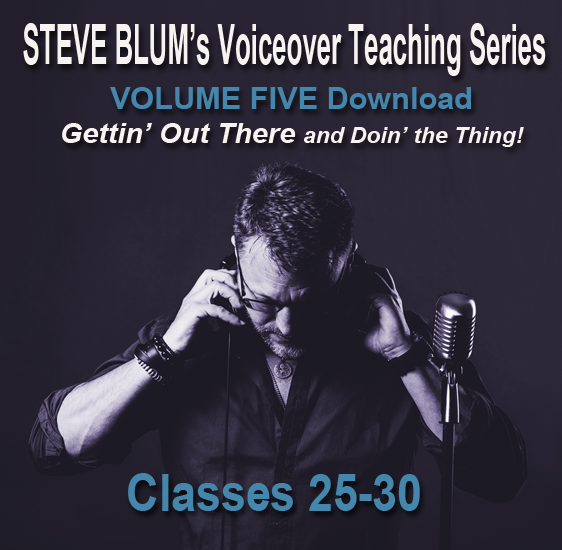 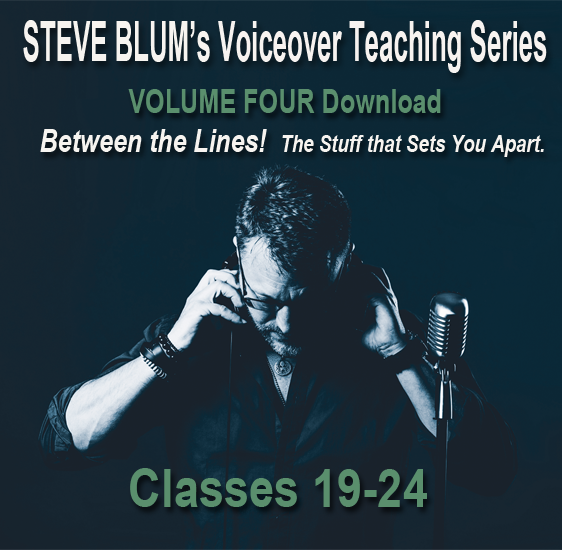 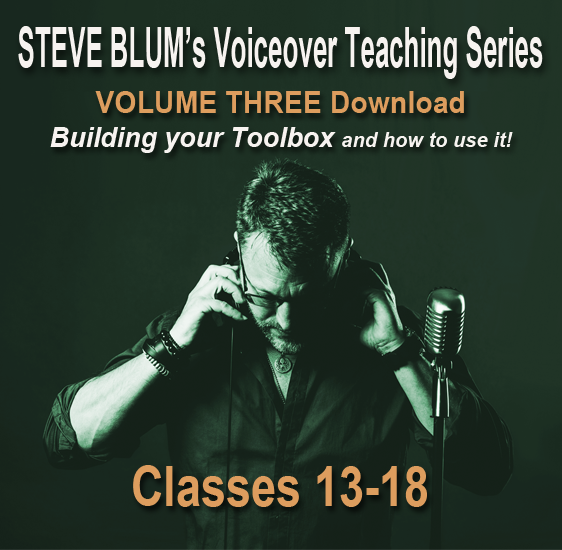 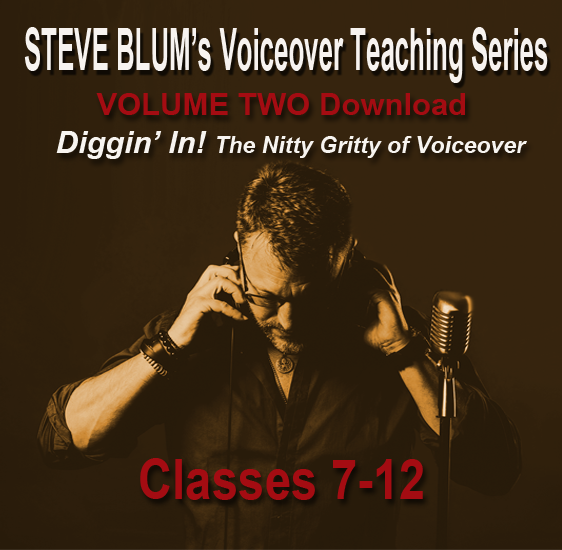 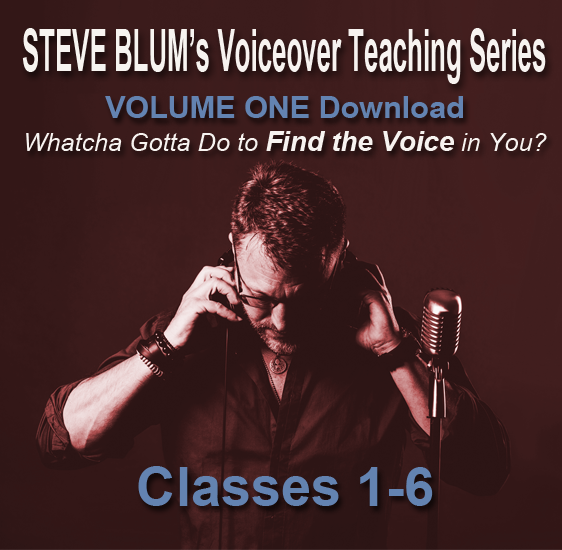 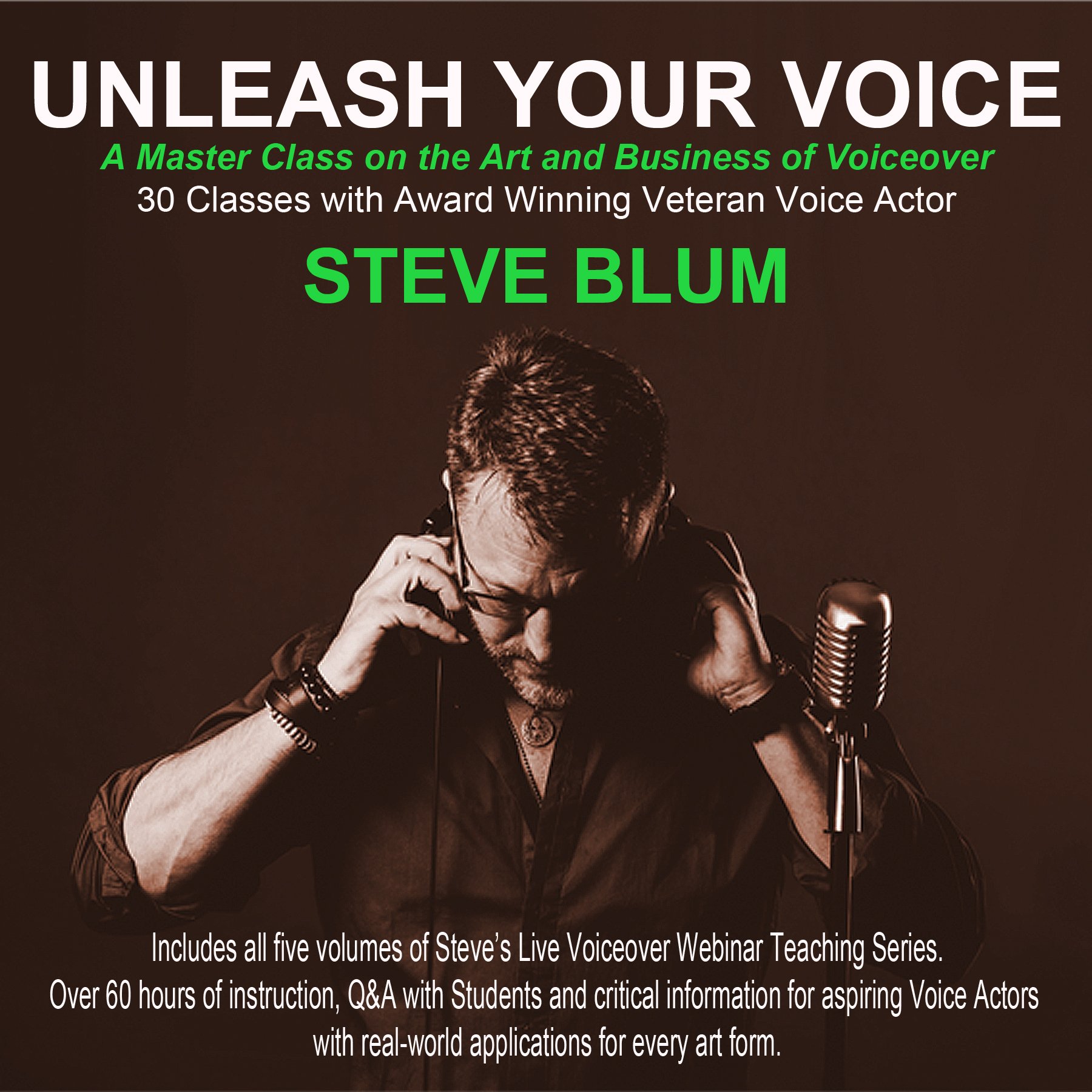 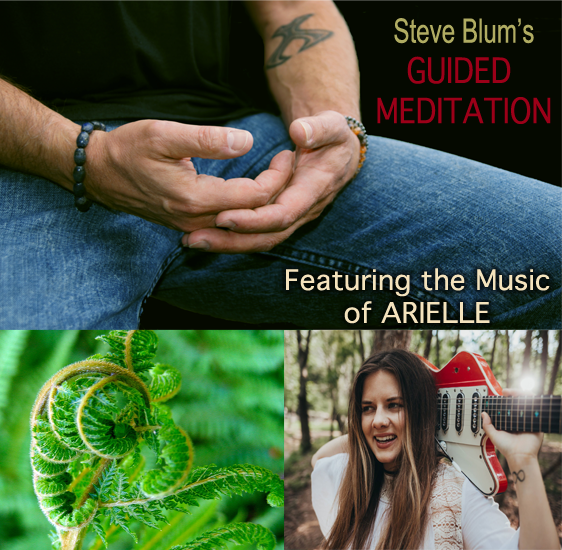 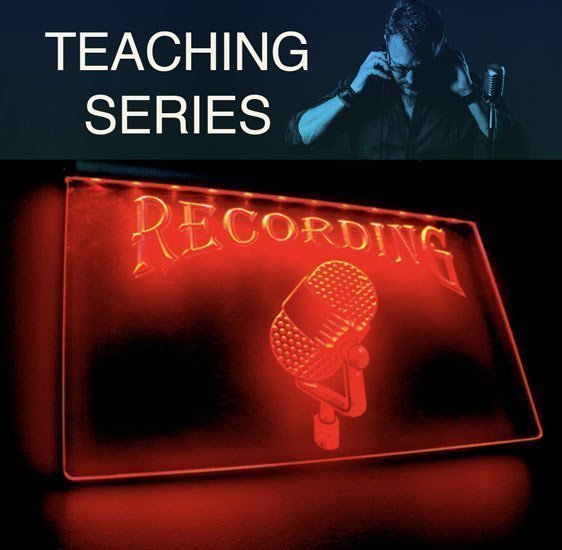 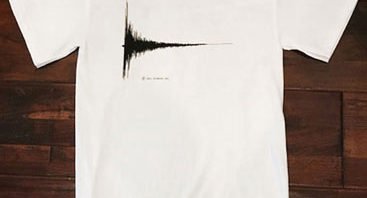