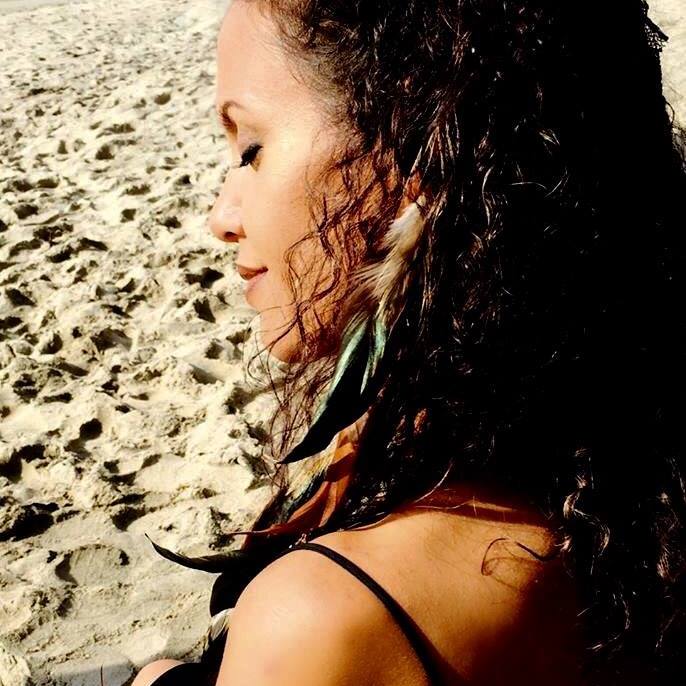 I have three favorite sayings about awareness that have helped me cultivate it in my own life.  I say these things to myself all the time.

Whenever someone tells me their troubles, especially when they know their thoughts, actions and behavior are part of the problem, I tell them “Your awareness is key”. It’s not to placate them, or to whitewash over what they’re feeling, but rather to encourage them to move to the next step in the journey of fixing the problem.

This is 90% of the battle – being aware of what is really happening in any situation. What is the truth of it, even if at the present moment you can’t do anything about it.

Awareness is “Step 1” in the process of changing the result. You can’t fix a thing you aren’t aware of in the first place.

Our thoughts about a particular subject and the emotions we have as a result of those thoughts actually affect the subject. This is called the “Observer effect” and it’s scientifically provable at the quantum level.

When we have a difficulty in life we can see it as a problem that is either unsurmountable, fixable, or an opportunity for change. The fascinating thing is that between different people that perspective can be wildly different.

We can be a “10” on the anxiety index facing the same problem the next person might consider a “3”. Its all in how we see it, and the lenses we ourselves are looking through. How aware we are of ourselves and our own thoughts matters, because that determines what we’ll see.

The Universe only knows YES. It doesn’t choose not to give you something because it judges you as “bad”. It works in conjunction with your energy, and thoughts are units of mental energy.

That means that if you’re giving attention to what isn’t ie: what isn’t working, who isn’t doing what you want, how it isn’t working out for you, the Universe doesn’t say ‘Oh ok, she doesn’t want that so let me give her THIS instead”.

At a quantum level the energy of the universe only knows what you’re putting your attention on, and since it only does “YES!” you get more of that. That which isn’t working.
Conversely if you’re focused on positive aspects of a situation, the opportunity a challenge presents, or the wonderful things that are happening right now, the Universe says “YES!” to that as well. And you get more of that. Another reason why self-awareness is key!

Once you have Awareness around any subject (positive or negative) you have the first step in changing your point of view and changing your experience of life as a result.

As some of you know I’m a singer and musician, so I’ll tell a wee story that might help to relate my own personal experience to what I’m saying here.

When I sing I close my eyes. I don’t know why it helps me, but I have over the years realized that it doesn’t help some audience members to connect to me. If you’re auditory like me you don’t use your eyes to interpret emotions, you use your ears.

For me, watching a singer with his or her eyes closed doesn’t make one bit of difference – I’m listening for the feels, not watching for them. That doesn’t work for visual people! People who need to connect visually want to see the eyes of the person on stage. So it wasn’t until a musician friend was joking with me one day about how lovely it was to see me up on stage again, singing away with my eyes screwed shut and how he’d missed that, that I realized it really was a noticeable thing. It was a compliment but I took it as constructive criticism.

I decided to become more aware of my reflex to close my eyes when I sing, and as many times as I could consciously remember to – I opened them instead. Was it easy? Oh my God No! In fact I felt like my voice and my performance suffered when my eyes were open, as I was constantly distracted by sights in the audience. As a performer and someone wanting people to connect to me though – I needed to get used to doing it.

The results of my own Awareness

In viewing video footage of myself (and with the awareness I now had) I really saw how different I looked with my eyes open! I was floored that it made such a difference as a spectator, and even though to this day I have to force myself to open my eyes when I’m singing, the awareness I have of my tendency to close them, and what that means for those in the audience, helps me to make a different choice.

This is one small example of how awareness changes us. Most things we become aware of that we weren’t aware of already are things that others tell us about ourselves. Otherwise we’d be aware of it already!

I think it’s vital to be aware of our thoughts when someone points out something about us as well, especially if they appear to be pointing out our shortcomings, but I also think its really important not to beat ourselves up over them either.

Awareness of other people’s opinions

Firstly, someone else’s point of view is not necessarily true about you, so “consider the source” as they say. The experience I just shared is one I could’ve written off as silly, not necessary to give attention to, or wrong. Instead I just let it sit, realizing it was coming from a valid source (a very accomplished musician). As it sat in my awareness over time I realized that I knew I was doing it, and from there I was able to ask myself “does this work for what I’m trying to accomplish here?

Awareness of our Thoughts

A powerful way to view our own thoughts is to see them as “indicators”, much the same way your gas gauge in your car indicates how much you have in the tank. Rather than beating ourselves up about a ¼ tank we simply go to the gas station and do something about it. The gauge is necessary, but how we interact with our thoughts about it makes all the difference in the actions we take. That makes all the difference in the results we get! You’ll never see someone slumped over the steering wheel at the gas station lamenting “Only ¼ tank! What will I do?!”.

Awareness can lead to Positive Changes

If someone told you as an actor that you have a habit of closing off during performances and were hard to connect with, would you take that as:

a) ridiculous and untrue,
b) terrible and something that needs to be rectified immediately,
c) proof that you’re inept and shouldn’t even be up there performing,
d) an opportunity to do things a bit differently?

Look at how these reactions vary!

Personally I always like to keep an open mind – even in the midst of difficulty – because I know that I can’t solve a problem from the same space it was created. I don’t always take on what other people tell me they see as truth, remember I said to “consider the source”?

I don’t always take on what I think I see either, but I do keep an open mind to the possibility that there may be something there, and I let it sit and do my best to be that “Observer”.

Awareness of that alone – the ability to be the Observer instead of the reaction, is powerful. No-one has that down, for each of us there are things that really trigger a reaction in us before we have time to say “mmm, let me sit with that”. I’ve certainly done that a whole lot too!

Again, having an awareness that you can have awareness, not just reaction, is also super powerful.

I hope that helps, at least in your awareness that you can be the “Observer” of yourself. If you watch your thoughts and subsequent feelings, while doing your best not to BE them, that’s awareness.

If you’re reading this blog then you’ve probably already read Steve’s! Do you read his words and think “Oh I love that I’m gonna do that!” or do you read them and think “Oh man, that’s cause he’s successful and I’m never gonna be there”. Neither of those are necessarily true, they’re just thoughts at this point, but your awareness of how your mind reacts can be a powerful beginning for change. Awareness is Key!

How Steve cultivates Awareness in his life

If you’ve been reading his blogs and listening to his teachings for a while now, you’ll also know that Steve isn’t always in an “up” frame of mind. He has challenges like all of us, it’s no different for celebrities or people with “more resources” than most, despite what we might tell ourselves when we’re feeling down. What I admire about Steve is the work he does to move through and past the challenges he experiences, and how he does that work on the daily.

You’ll have heard him speak on the power of meditation and the role it’s played in his life and his success. Meditation is one of the best ways to begin to cultivate an awareness of yourself and to become an Observer, rather than a reactor. You can find a copy of his guided meditation available here on our website. It’s a very powerful tool and of course listening to one of the best voices out there doesn’t hurt either 😉

Awareness helps us to “zoom out” on the picture, to have a greater, broader perspective. One that doesn’t sweep us up into emotions, but rather looks at all possibilities for what is here. Once you zoom out, there’s always a whole lot more to see.

Awareness, it’s the beginning of everything.

I’m sending you all a lot of love in these “interesting times”. Awareness has never been more important than it is now. Self-awareness. Compassion for ourselves and each other. Understanding that we all perceive things differently, and that that’s okay too.

All the best as you move through life in a more conscious way (not always easy!). If you’re intrigued by this possibility, and want to delve more into it, here’s a great Huffington Post article that may help you do just that. https://www.huffpost.com/entry/self-awareness_b_3471801