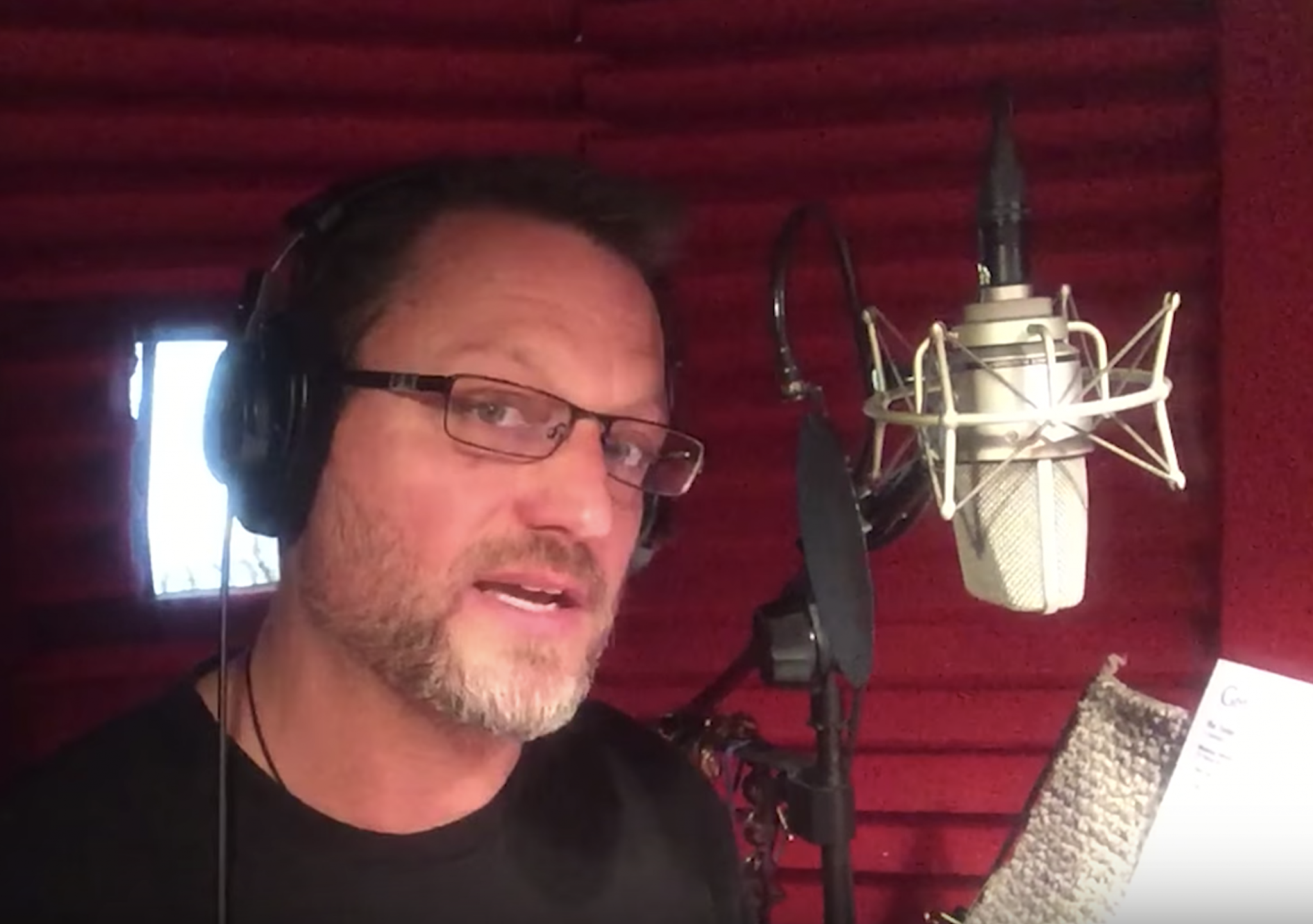 So I know a lot of you don’t have a chance to go to conventions or aren’t in my voiceover classes and I also know that a lot of you have questions for me. You often ask me on Twitter or email about my voiceover career and I just don’t have time to answer everything, so I thought this might be a nice format and allow me to give you guys a little shout out in the mean time. Let’s launch right into it:

@Fifthdream asks, ‘Did you ever have any idea when you started Toonami that you’d be doing it for this long?’ No. I expect to be fired during, before, or after I start pretty much every job and that way I’m never disappointed. That’s sort of partially true, but working on a show like Toonami, that was something completely new for me in my voiceover career: I had never hosted anything before and I was just surprised that anyone was interested in having me do that kind of work. So no, I had no idea. I didn’t know what the kind of viewership would be for Toonami either and I didn’t know the full impact of it until I started doing conventions many years later and talking to so many of you who said that you had grown up watching Toonami – you would rush home from school to see it every day so…no, I had no idea. Thank you guys for tuning in and thank you for continuing to tune in. We all appreciate it at the show.

@TalesOfPants asks, ‘How do you take your coffee?’ Orally, mostly. And black.

@CabooseJr asks, ‘How many times have you lost your voice while performing a role?’ Thankfully, not too many times while performing. It usually happens after the fact. I think the only time I really lost it during a voiceover session, I was working on Digimon and I was doing some big, Digimon creature-type thing, screaming and yelling and roaring and then I had to do the voice of Poromon that day and I couldn’t do it. I actually had to cancel the rest of my session and come back in at another time. I think that’s the only time I really lost my voice. I did pass out during an audition once and I’ve talked about that at conventions before. That was during a Spiderman game audition, I was right in the middle of the audition, mid-scream, doing a villain, and I literally passed out right in the middle of it!

@Oceano_Star asks, ‘Who serves as a judge for the Blooper War against you and @CrispinFreeman?’ I do and I win. Sorry, Crispin.

@InuyashaSan87 asks, ‘Why are you rarely in new anime dubs these days?’ Well, because I live in Los Angeles and most anime dubs are created in Texas. Funimation seems to have most of the business with that, there are some other ones being done in Canada and elsewhere but I have to take the voice acting work where it is and I work in Los Angeles. There just isn’t a lot of new Anime production happening here. It’s not that I don’t want to do more, it’s just not available to me.

@PyrOMG asks ‘Who/what are some of your biggest inspirations?’ *Loud plane/helicopter sound above* Well, a quiet environment to record is good! Okay, so that answers the ‘what’. Who: I’m inspired every day by people around me. I’m inspired when I go to conventions by you guys when you’re dressing up in your cosplay stuff, when you’re sharing your experiences with me. That inspires me probably more than anything else. As far as directly, being a voice actor I’d say people like Dee Bradley Baker, Frank Welker, Jim Cummings. There’s so many of these really really great voice actors, Kevin Michael Richardson, and probably 300 more I could mention right here (I just don’t have time to), but I’m inspired by the people I work with on a daily basis. Watching their performances is just amazing to me. Even now, knowing the technical aspects the way I do, knowing what it takes to get to where they are, and still having that enthusiasm every day to walk into the booth and still come in with a sense of gratitude. I think that inspires me more than anything else (and that doesn’t just apply to voiceover).