All Things Must Pass in an Ever Changing Job Market

The job I go to when I dream.

Maybe George Harrison is Right, “All Things Must Pass“

At a time when many people are looking to find or change jobs, I am reflecting back on my past jobs.  I’m struck by how many jobs in my past no longer exist. Even so the memory of the people, places, and the work feels like yesterday and therefore inspires me to share them.

There is one job, in particular, that is always on my mind. My first full-time professional job was at a multi-image slide production company, Cornerstone Associates in Waltham, MA.  My job was to process Ektachrome slide film. It was my life for 3 years and sometimes when I daydream, I’m still there.

Here is my story

… and I’m 19. I punch in for the first time at Cornerstone, excited to start my new job.  The noisy little Ektachrome lab was cramped with just enough space to get by. The metal circular fire escape-style stairs in the corner of the room lead to more workspace above.  It is warm, humid, and the faint smell of formaldehyde and other chemicals fills the air.

Machines of my Past Job

The Hope Roller Transport machine with its many tanks of chemicals, gears, rollers, and pumps, provides a constant hum. Each piece of the undeveloped film travels through 1500 or more rollers and 6 different chemicals before it comes out of the dryer as a chrome slide. Only the end of the machine is visible from the outside, the rest is in the dark, a mystery to most people but I would soon know every inch of it.

It was to become my job to keep “Tinker” (the nickname we gave the Hope Processor) running.  Tinker was the lifeblood of the business,  without it, everything stopped.

Over the next few months, I learn to test and adjust the chemistry. I Measure the results with pre-exposed test strips we kept in a small refrigerator. I plot the results with a densitometer which is the only thing in the lab that didn’t make noise or have a smell. When I imagine the charts in my mind I can still make the necessary adjustments to the chemistry as if I’m still there.

Working in the Dark Focused my Imagination

E6 is a color film so you couldn’t have a safelight. A red light no matter how low would expose red onto the film. You had to visualize everything in the room and always maintain every object in its place. I can imagine where everything is even now 40 years later.

Learning to use other senses to “see”

The undeveloped film has a unique smell and feel that is permanently ratcheted in my brain. In the darkroom, I grab the bottle opener and pop the end cap of the 35mm cartridge to gain access to the film.

Working in total darkness, I feel the film curling in my hand as I trim and crimp it in the clunker, the heat of small machine melting grooves into the leader for the rollers to grip. The whirring of the tiny clunker machine dwarfs the other sounds in the pitch-black making it sound much bigger than it is, the heat of its iron enough to burn my skin if I put my hand directly on it.

I place the crimped leader of the film between an empty spot against the feed rollers, letting the machine grip it. Guiding the film carefully for the first 20 seconds or so, then curling the film gently over a polished rod. I grab the next roll…

Here is a PDF from Kodak describing the chemical process: Kodak’s E6 process

Here is a site that still processes Ektachrome Rocky Mountain Film where I found this image of a Hope Roller Transport. 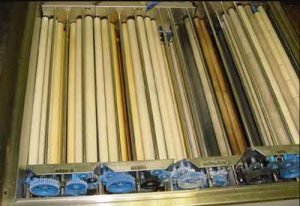 It is ironic that the lab was the only room with an outside window. It was directly across from the revolving light-tight door. Going from 20 minutes in the pitch black to the full-on sun is painful. Still, to this day, every day in my mind, when a bright light hits my eyes, I walk out of that light-tight door, grabbing the side rail and rotating the door around me. The door makes a low rattle as the plastic turntable vibrates against its outer shell. I close my eyes to avoid the sun streaming in, wincing as the painful light burns through my eyelids.

I Hear the Sounds of Past Jobs

I   hear the steady rhythm of the Byers slide mounter, powered by compressed air, slapping and breathing as it mounts 2 million slides a year, and the occasional crunch as it misfeeds a frame destroying a precious slide.

I found a video of a newer model and although more compact, the sound and operation is similar Byers Mounter Video

The pumps are circulating the chemicals and ejecting wastewater from the processor and gurgling into a drain in the floor. The air compressor periodically cycles, proclaiming its dominance over all other sounds. The room is a constant hum nearly drowning out the radio playing Charles Laquidara’s Big Mattress Mishegas on WBCN. (I found a clip online:  WBCN The Big Mattress)

The projection room was also loud, therefore, triggering more memories as I remember it. There could be two or up to 21 Kodak Ektagraphic projectors, three to a stack on chief stands, their fans whirring and the heat from the lamps warming the room. The sound of the projectors firing and clicking was only outdone by the warm Bose speakers filling the room with a soundtrack. Even the reel-to-reel tape deck has a distinctive hum that is forever burned into my memory.

A good Multi-Image demo: Click Here to See it

“Room 5” was my favorite room, the camera room.  Inside were the two smaller rooms with  Forox SS cameras, their tall column and 400-foot film magazines were impressive.  I still hear the sound of the automated animation tables as they maneuver on servo motors. The compressed air firing from curled yellow hoses as the camera operators clean the dust from film and surfaces.

Bill and Lisa, are always generous, taking time to educate me on some of the techniques they employed. As if I’m still there, I close my eyes and see Lisa press a button on the camera console to make an exposure. The film advances into place and a metal pin drops into the sprocket to be sure the film was positioned perfectly as the shutter trips exposing the film with a defiant CLICK.

The heavy 400-foot film magazine is handed to me, often full of a day’s work for an animation photographer. I turn back into the darkroom to load it for processing turning the door around me into the darkness. It was terrifying, the responsibility, the noise, the smells, and the 45-minute wait to see if everything magically came out okay.

Most Important – The People of the Past Jobs

One of my co-workers is talking to me about his band playing at the Rat this weekend and askes me if I want to crew. Of course, I say yes. The other co-worker is talking in a silly foreign accent just to be funny. Customers come in and out all day from 7:30 AM to some days past midnight

8:00 am. Lisa walks past the lab and hands me a can of film to process, feels like about 200 feet. She’s been working all night on a tight deadline.  I ask her if she’s going home, “No, just to the car to get my toothbrush.

I can hear Barbra’s thick Boston accent contrasting with Phil’s soft-spoken voice as they talk over the next job. Even now when I hear a very deep voice I sometimes look for Alan, who was lost to the world over 40 years ago but somehow is still alive in me. I imagine I’ll turn and see his long beard, unkempt hair.  His irreverent musings caused some tension among the crew but he quickly became like a brother to me. He’d be over 70 now.

Cornerstone is Long Past

Cornerstone is long gone – over 30 years now. The machines that made Multi-Image possible are mostly scrapped or tucked away in storage somewhere. Video, websites, digital media, and PowerPoint made the Multi-Image business too expensive and time-consuming to be profitable. It is hard to imagine that something so vivid in my mind doesn’t exist in the physical world. All things must pass and I’ve moved on, but I take all that was with me.

I met up with my former boss a few years ago, he owns a large-format print shop in Newton New Hampshire. He told me he has two jobs, his business and the job he has when he dreams of Cornerstone as he sleeps most nights. I thought I was the only one…  I didn’t realize at the time, the impression the place made on me and how I would use the skills I developed there, in my future.

Today I dream about many things, the people I’ve lost that I wish to visit again, playing the Fender Rhodes with my band and focusing lights for a play. I dream about my great aunt Rose who passed when I was only seven and find myself sitting on her kitchen floor playing with her cat.

I find all these memories kept alive in me to be important and useful to my daily life. They do not keep me in the past but instead, they instruct and encourage me to move ahead by using the knowledge and lessons I have earned.  And I’ll pass these lessons on just by interacting with the world around me. So yes all things must pass, but important things are also passed along.

How I Move Forward

Advancing technology ended Cornerstone but the knowledge and lessons I learned there and in other situations, are not wasted on me. I can do what I do because I learned from past experiences, and from the many people who have guided me along the way.

Any decision I make is informed by my past. Every decision to take a job, start a project, volunteer, or take a class, adds to the person I am.  I plan to keep learning and preparing future me for what lies ahead.

I recommend learning something new every day. Try something challenging – dare to try anything that piques your interest.

Blumvox Studios uses voiceover as a vehicle to help people “Unleash Your Voice”. It’s not just about Voiceover Classes – it is also about helping you dare to become a better you.  If you’re looking to try something new, I hope you try us out for a month.

If you have had a job that has become obsolete or nearly so, I’d love to hear about it and how it lives in you. Email me at John@blumvoxstudios.com. Here’s an article with some obsolete jobs.

Admission:  Oh yes, I do own 9 Ektagraphic projectors, lenses, dissolves, and clear light programmers… two reel to reel tape decks. I haven’t fired them up in a while but I don’t need to. I remember what they sound like. I still have my Nikon Nikkormat camera that I bought in a pawn shop when I was 16.  I keep it so I can hold it and hear it click now and then. I have a roll of really old Ektachrome that I keep just so I can feel it in my hand, and smell the unprocessed film. 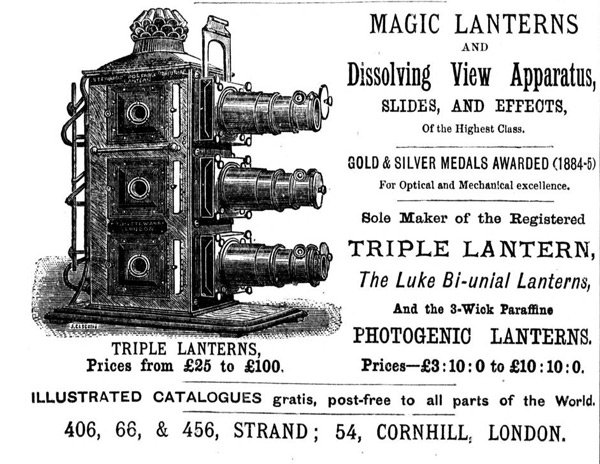 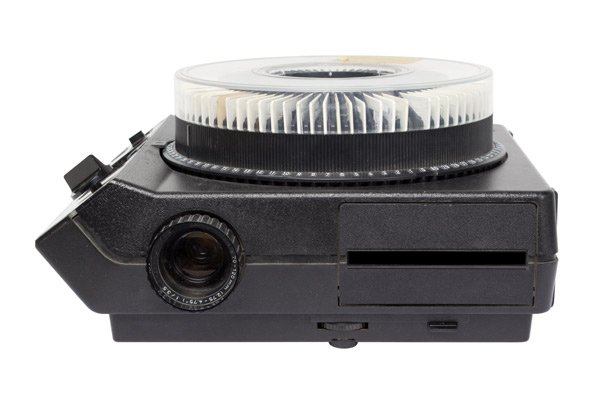 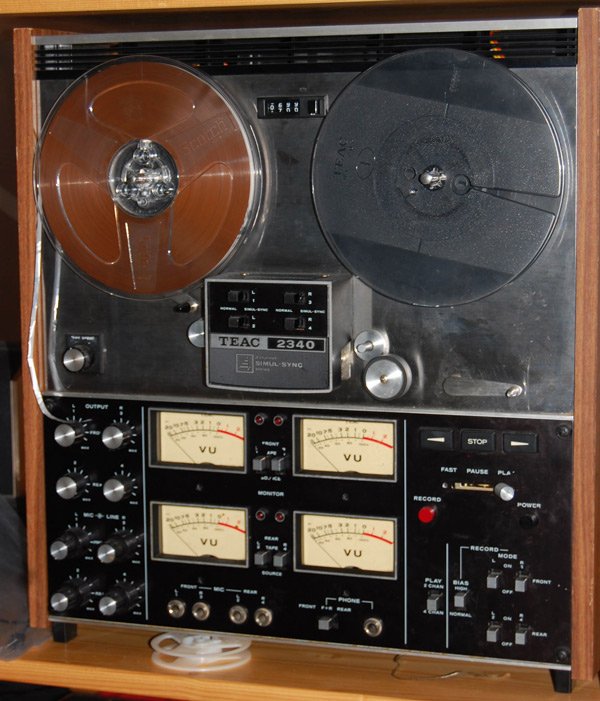 John is currently the Webmaster for Blumvox Studios. If something on our site is broken, I fix it. If something has to be built, I build it.